Atauro ancestor figures were often rendered in a Cubistic sculptural style and feature a unique “forward sloping shoulders” iconography. Such stylistic affinities with Modernism have made these figures very sought after by collectors but being from a very tiny island, only a few survive. They were primarily hung from the rafters, sometimes in pairs, and occasionally retain the cord that tied them together, as in this case. 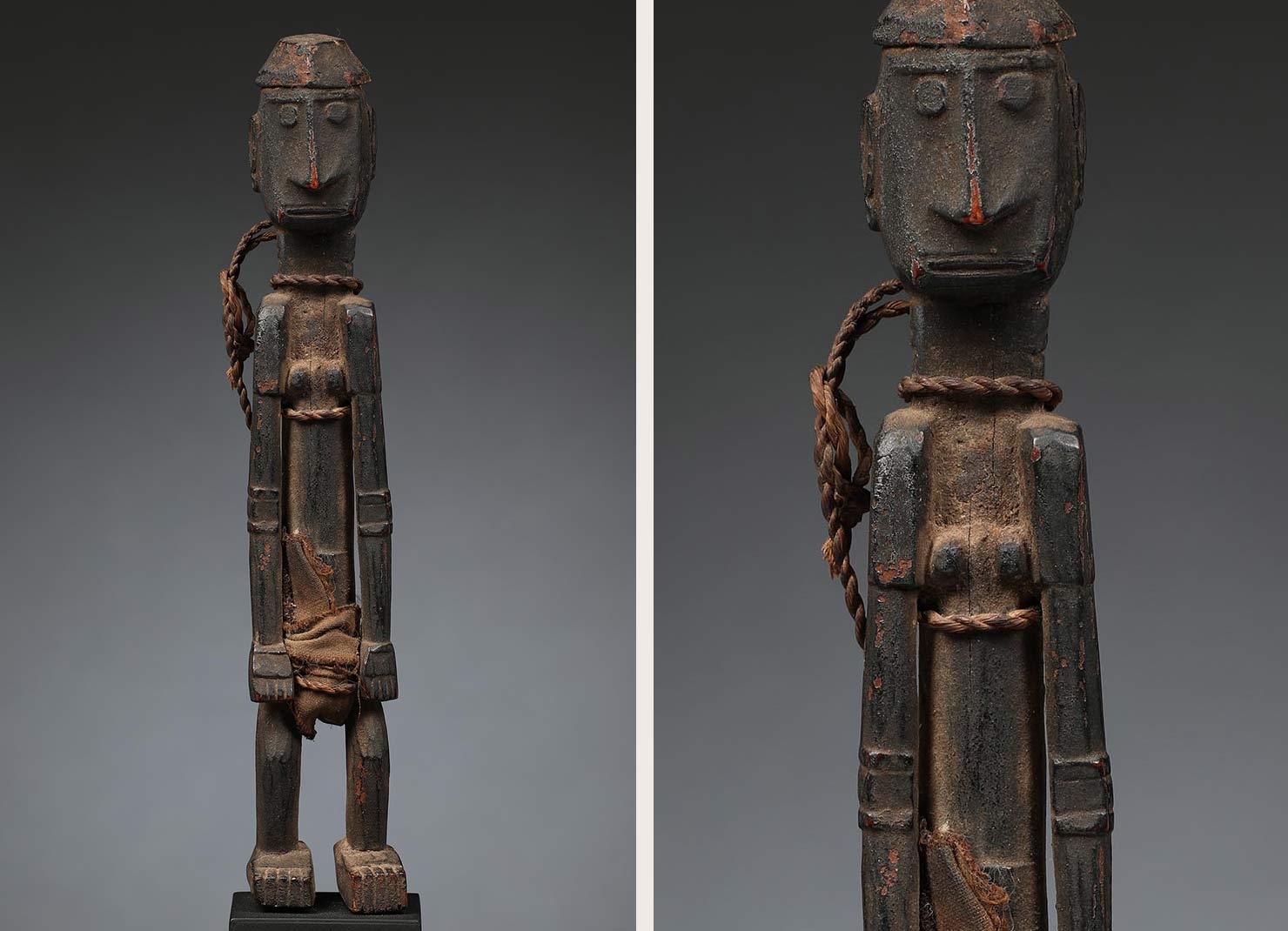 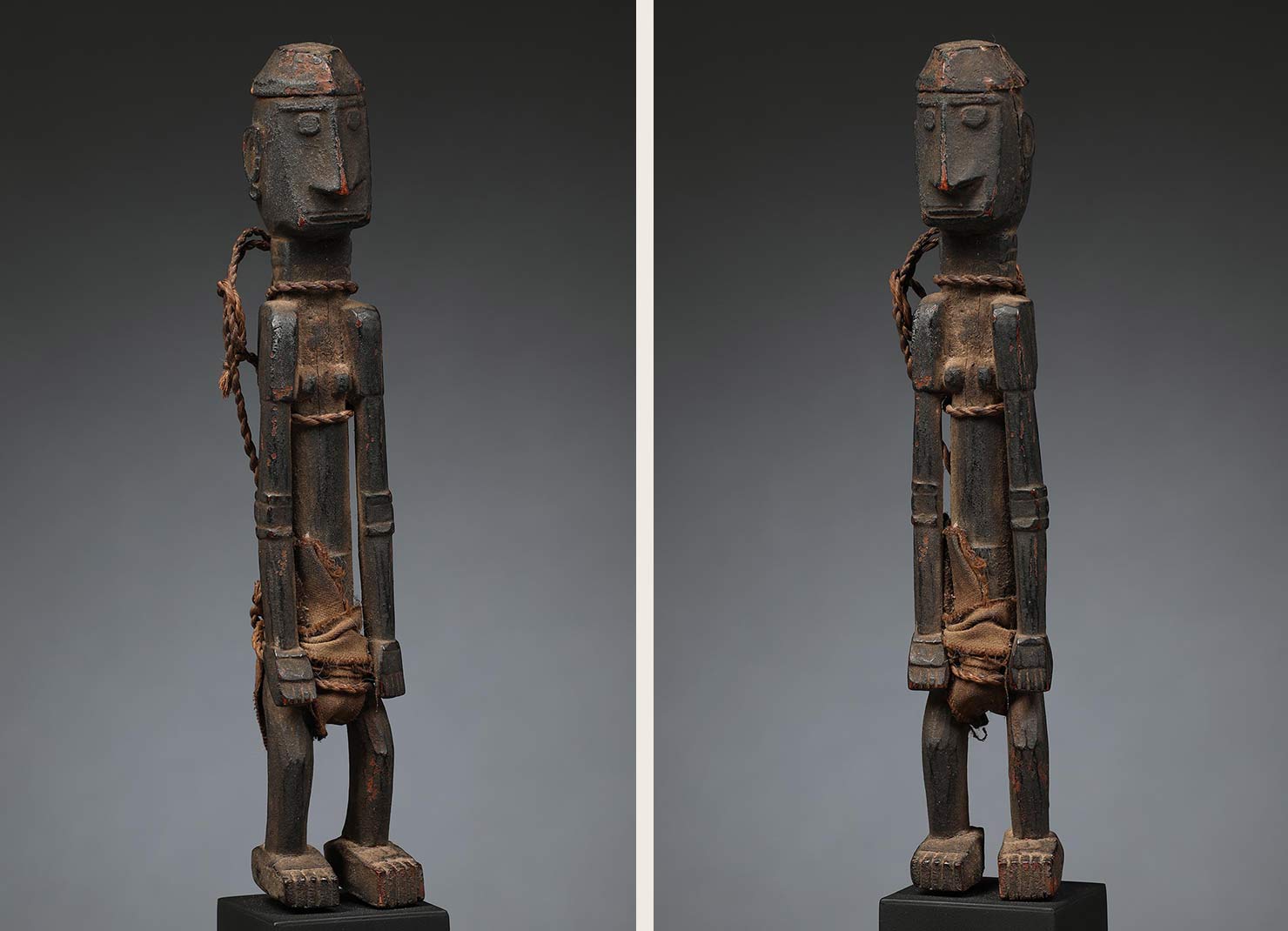 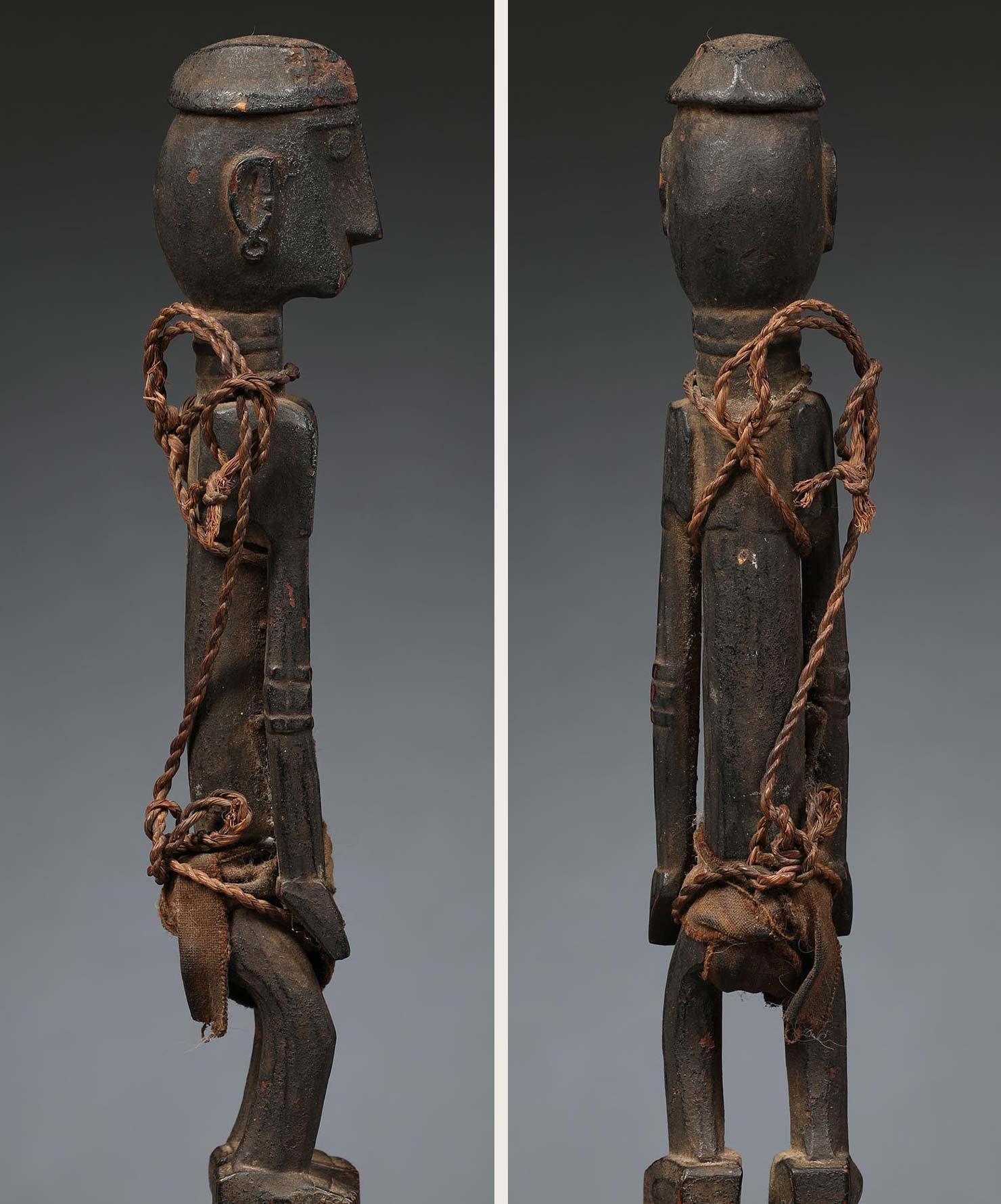