This sculpture represents early korwar style and features a shield supported by an ancestor with hands turned backward. The artist has rendered the curvilinear patterns that decorate the surface of traditional korwar shields in what is clearly a stylized manner—a shield with openwork structure would hardly be very useful. By the start of the 20th century, this korwar and its companion on the following spread were in the collection of a Dutch gentleman born in Bencoolen, western Sumatra,in 1878, and were reported to have been acquired in the 19th century. 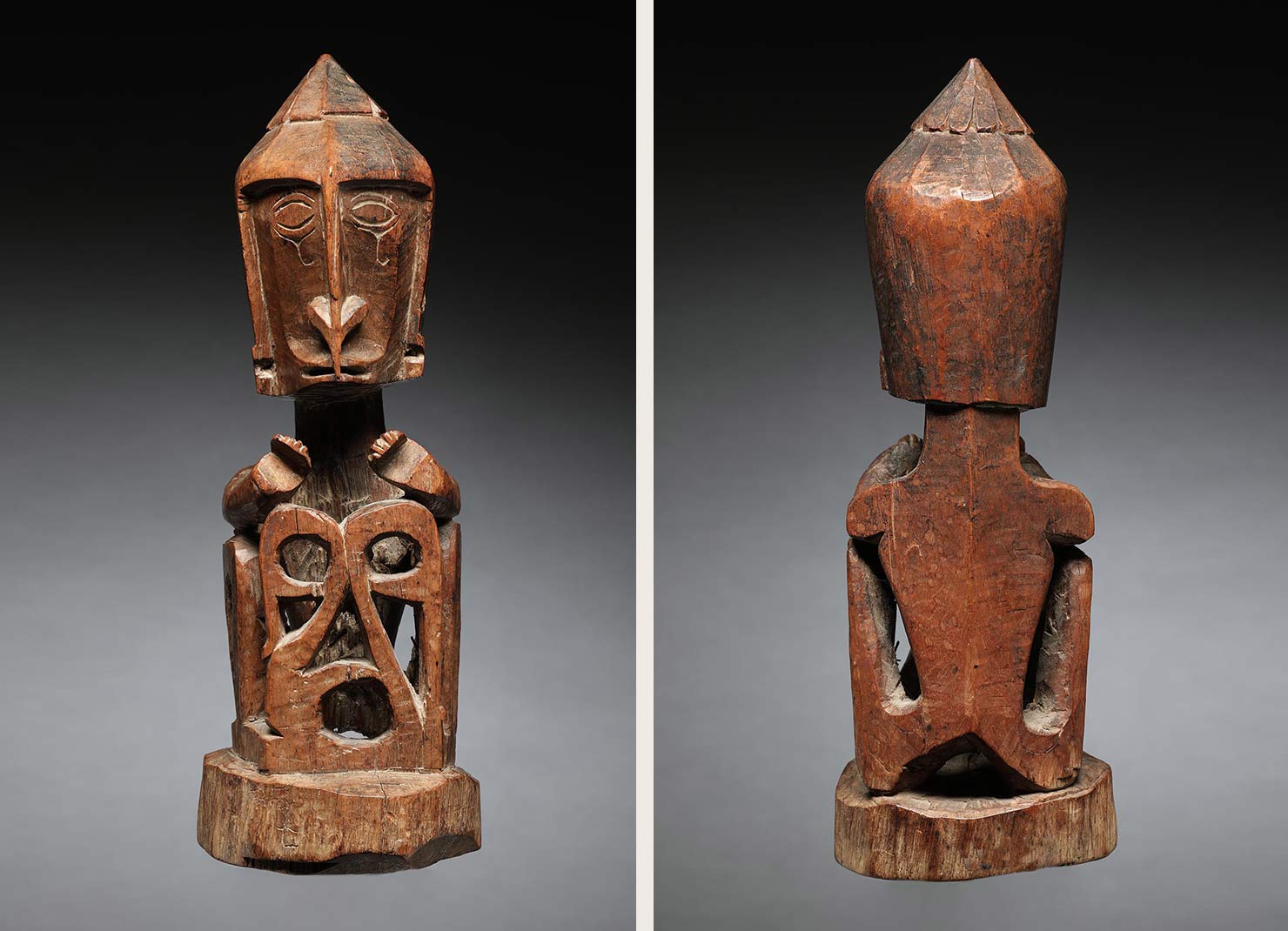 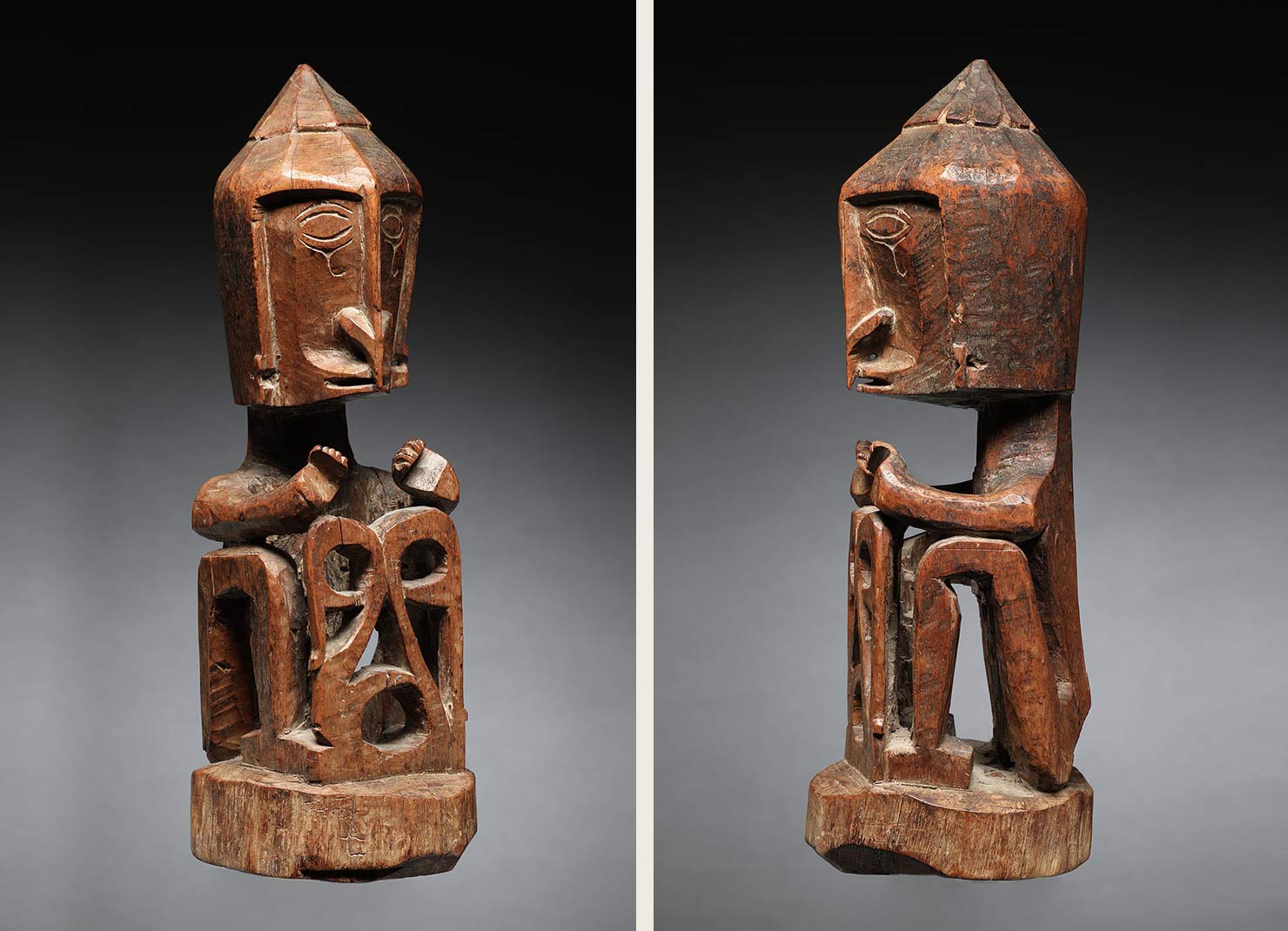 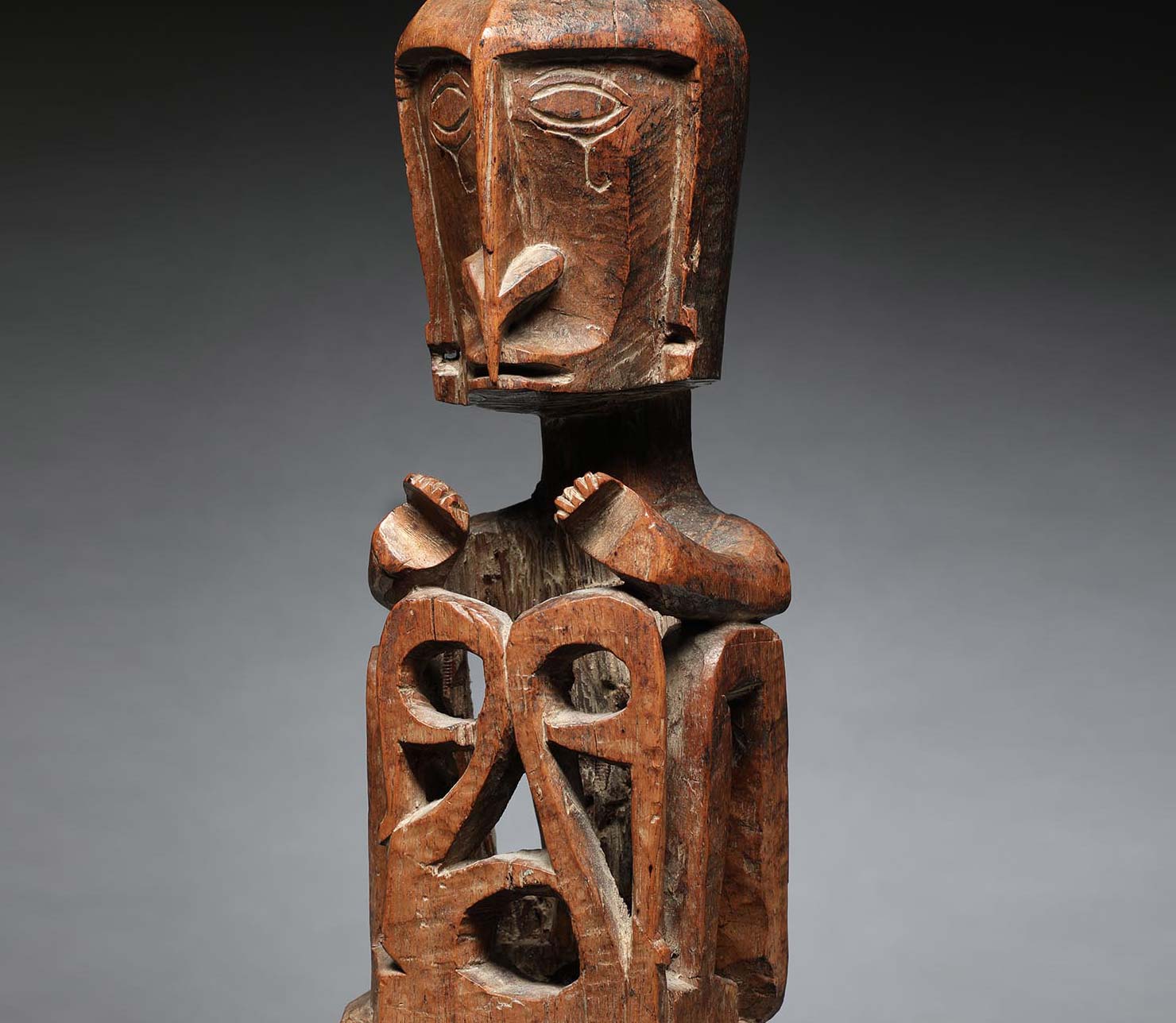