This Batak staff displays a pure expression of ancient Batak iconography accomplished with remarkably refined carving. This style is associated with two of the six sub tribes of the Batak, specifically the Pak Pak and what is referred to as Archaic Toba. The power of incest taboo is encoded within the iconography of intertwining humans and animal figures. The magical properties of a staff become animated only after the placement of an enchanted organic substance known as puk puk into small niches located along the length of the staff. A conceptual affinity for the totem poles of the Pacific Northwest Coast may be sensed in the arrangement of the vertical series of figures. 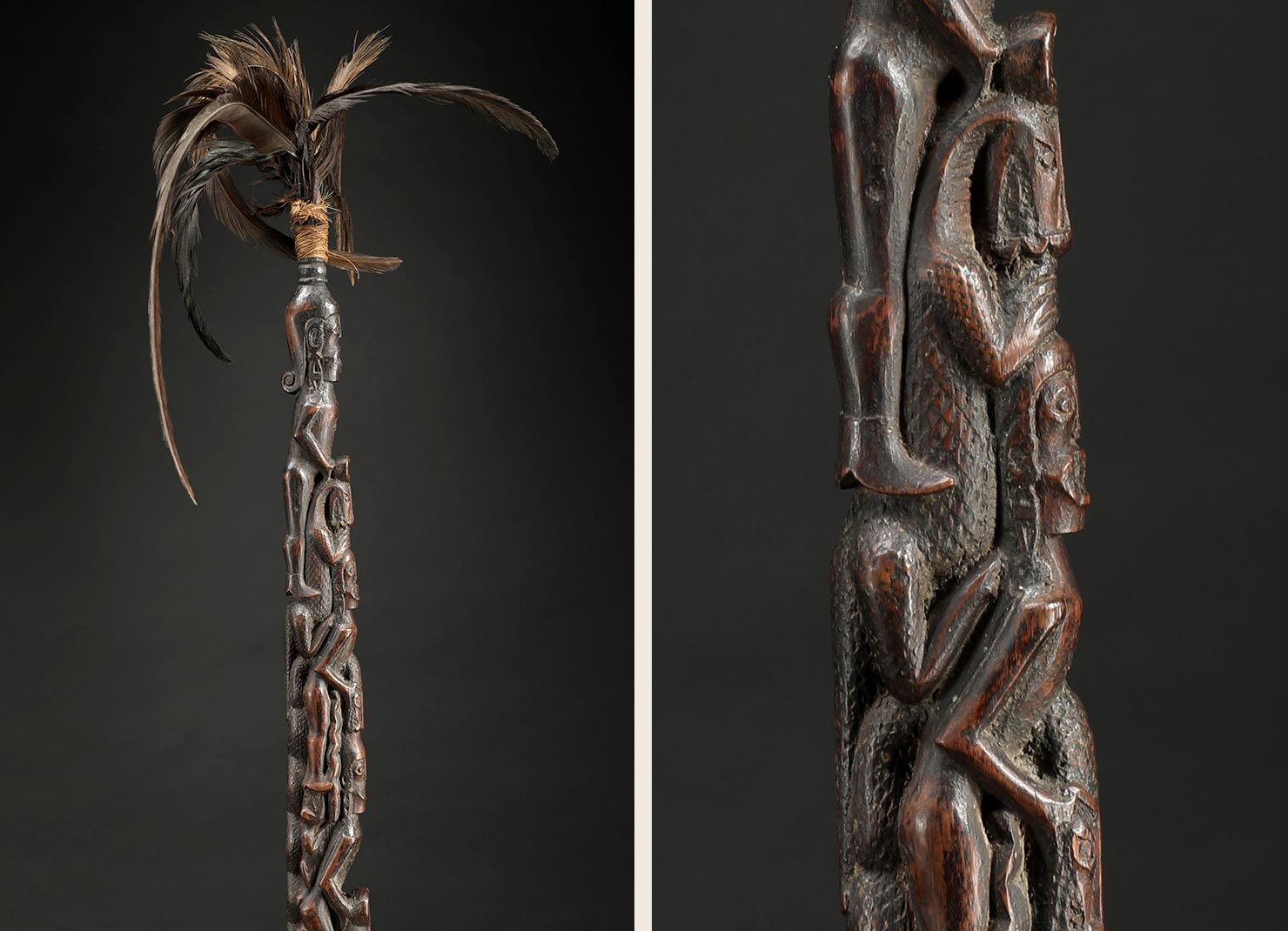 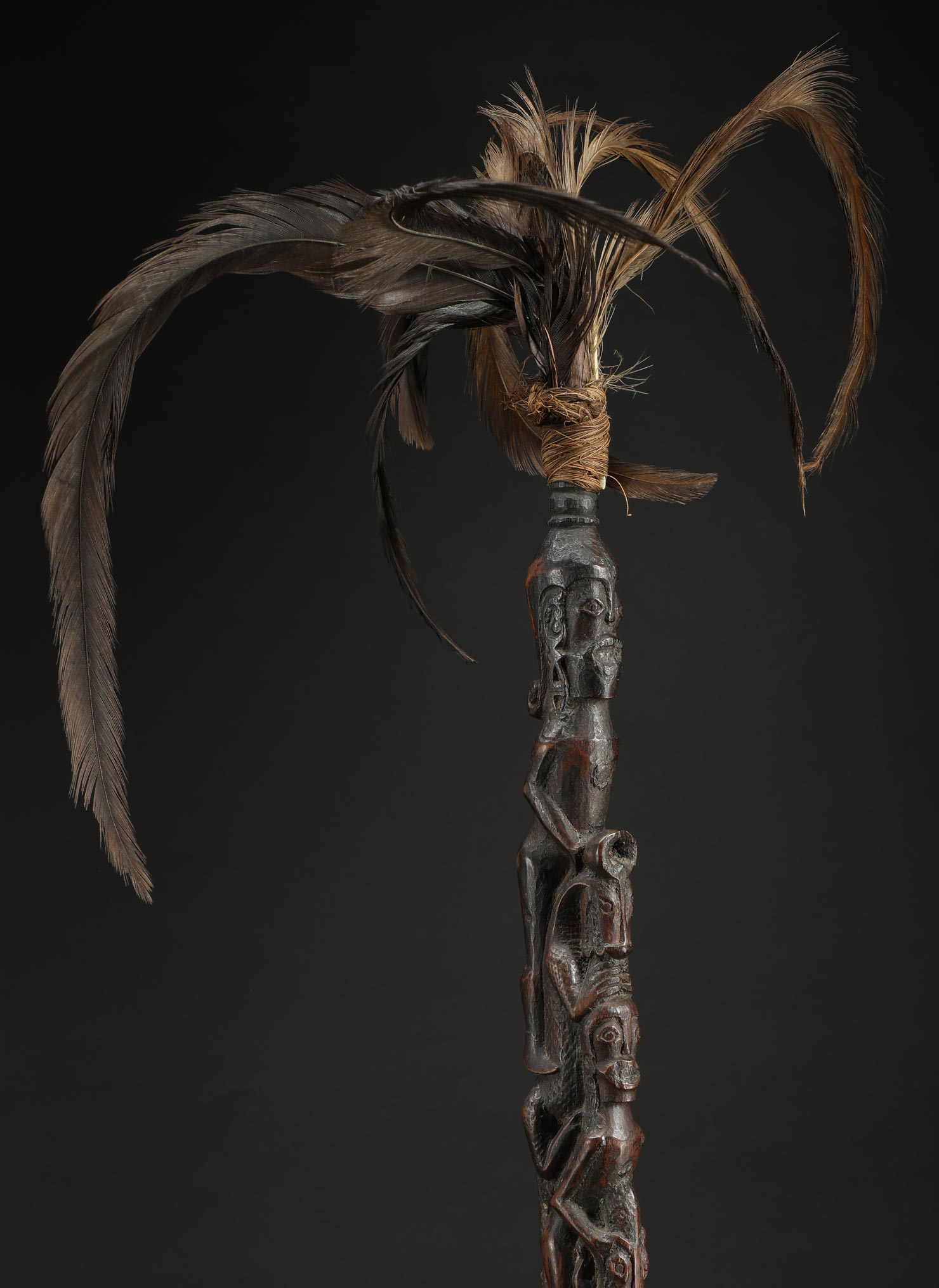 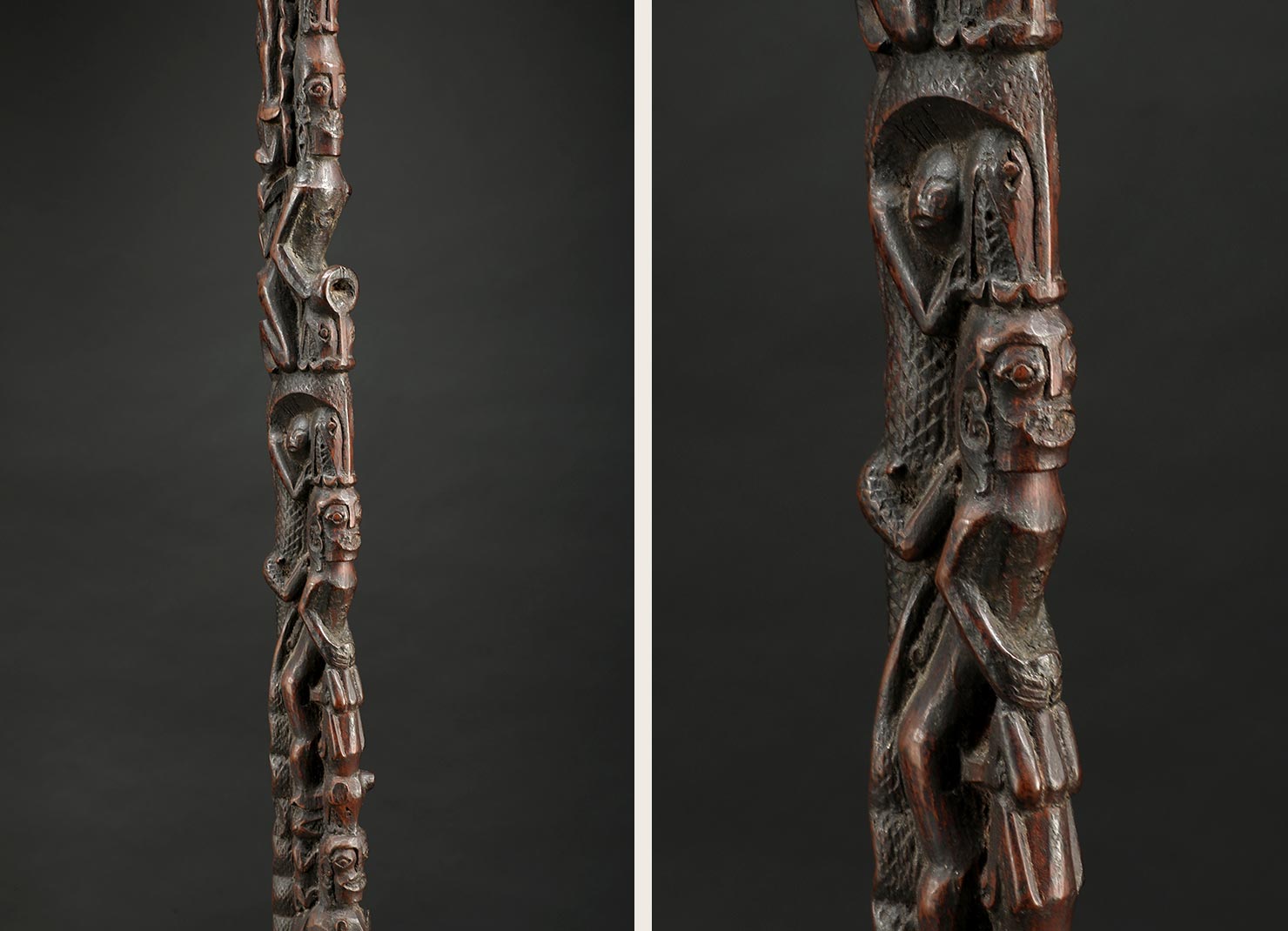