The term singa comes from the Sanskrit word for lion and is associated with the virtues of power, protection, strength and loyalty. They resemble tigers, indigenous to Bali until they became extinct a century ago. This is an extraordinarily fine example, with great color and attention to detail. It clearly was made under royal patronage. 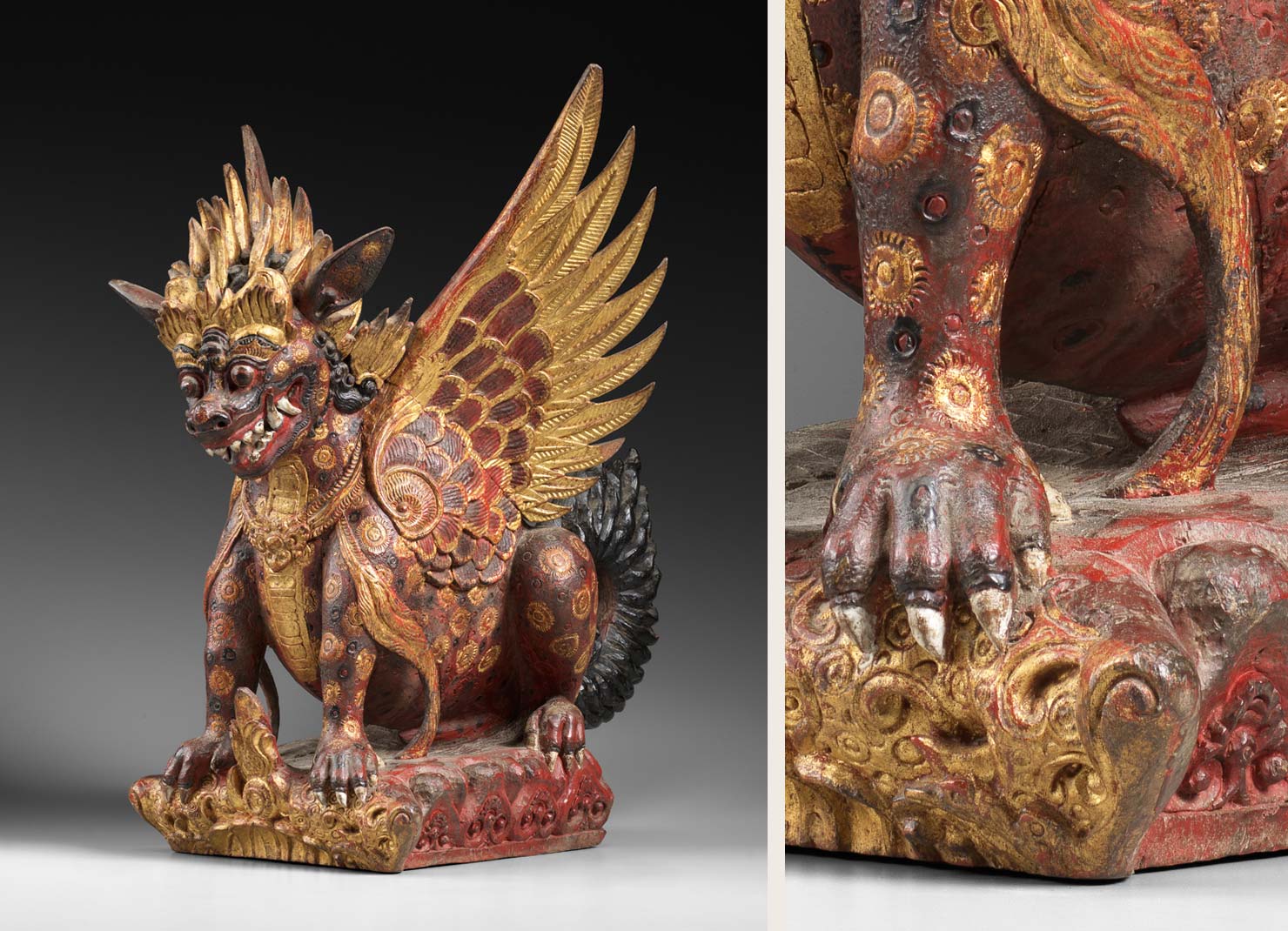 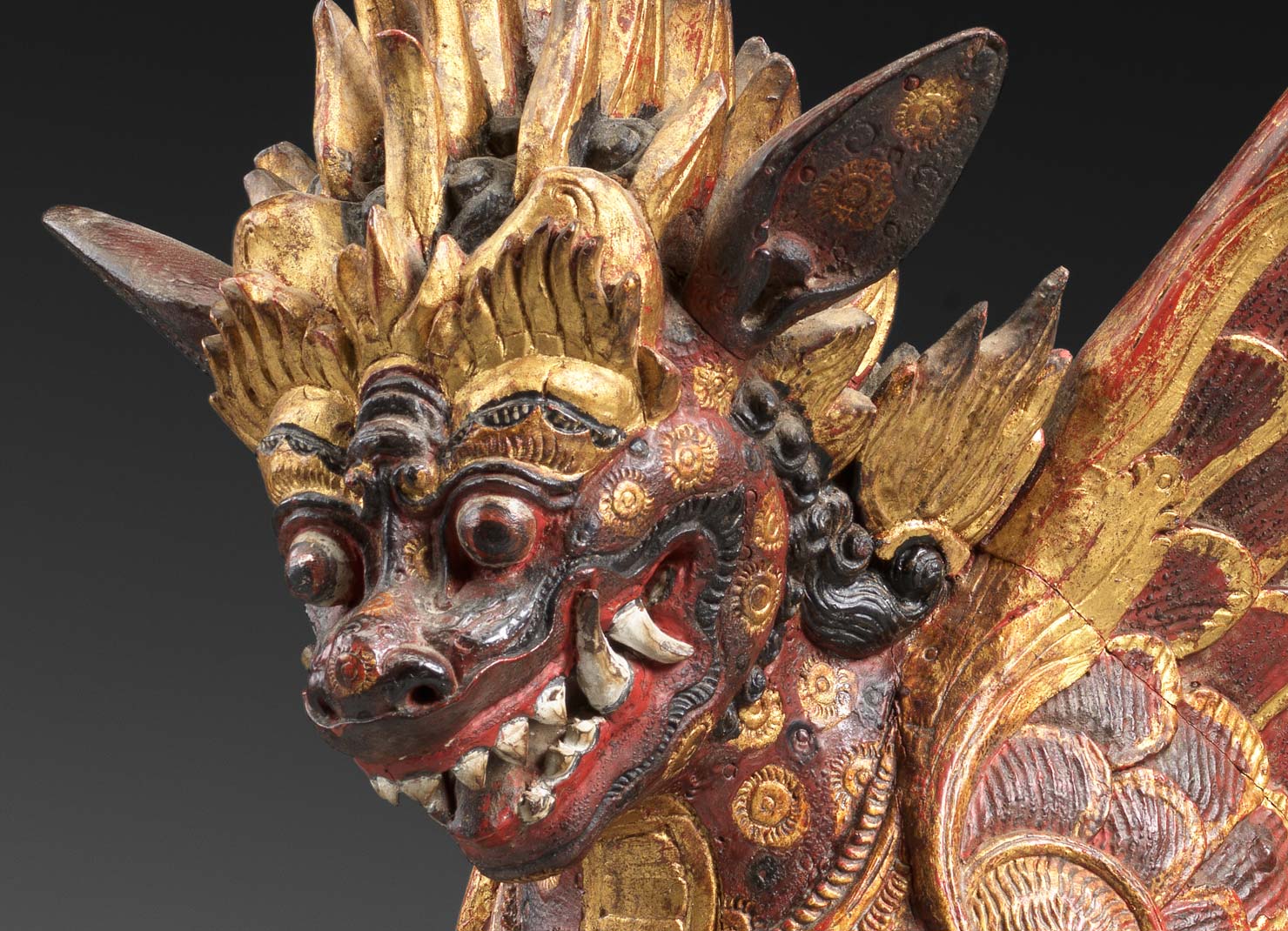 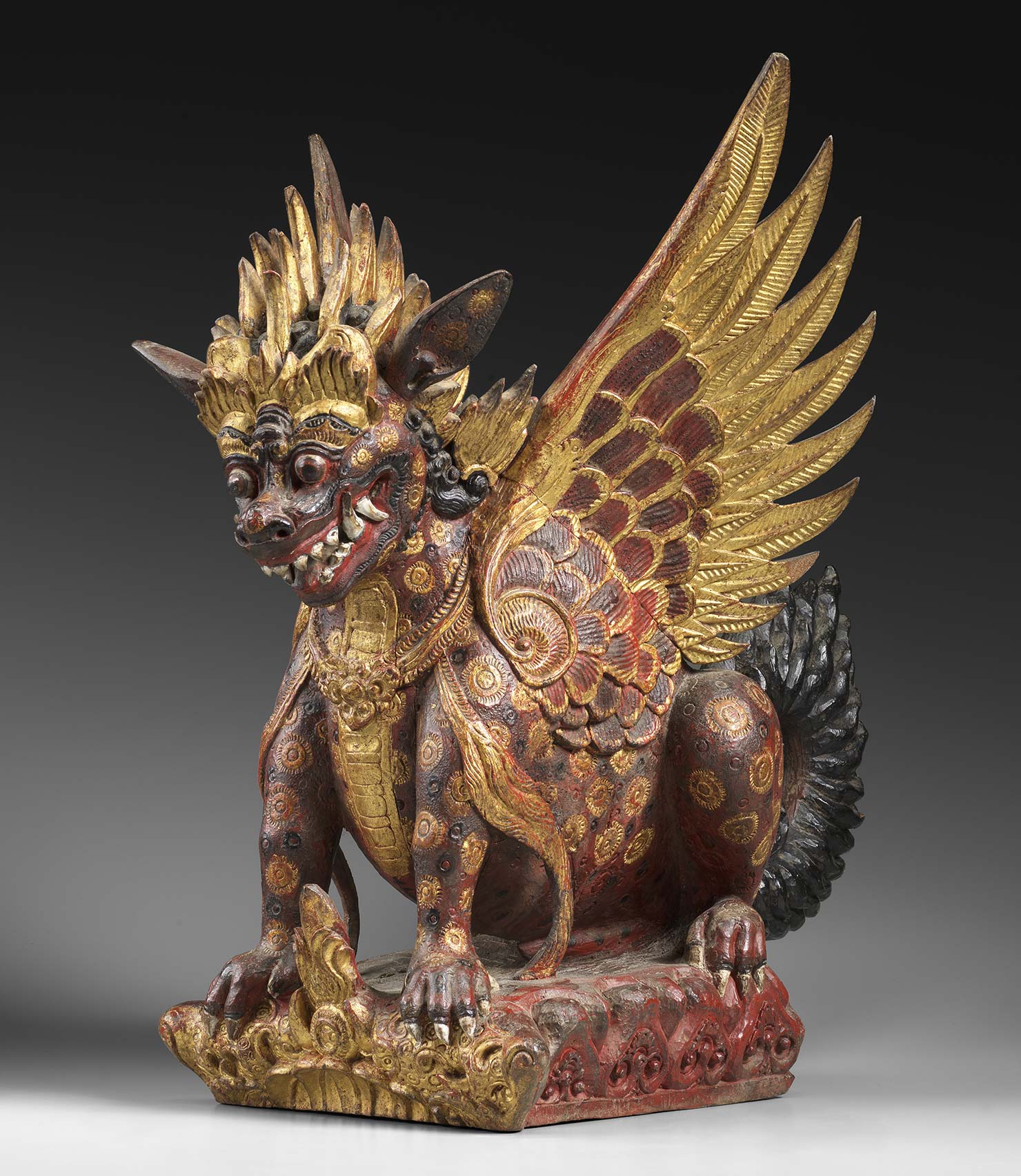