This is what is called a grotesque…as I understand it, this name came about because during the Renaissance as the lands of ancient Rome began to be built upon, sometimes the workmen would dig into the ground and find a room from an original Roman villa, complete with wall paintings. Those rooms were called grottos and the paintings found decorating the walls were called, “grotto – esque” . For reference, please see Mei Mei Rado Review of “Fortuny, un Espagnol À Venise,” Textile History, 49:2, 238-244 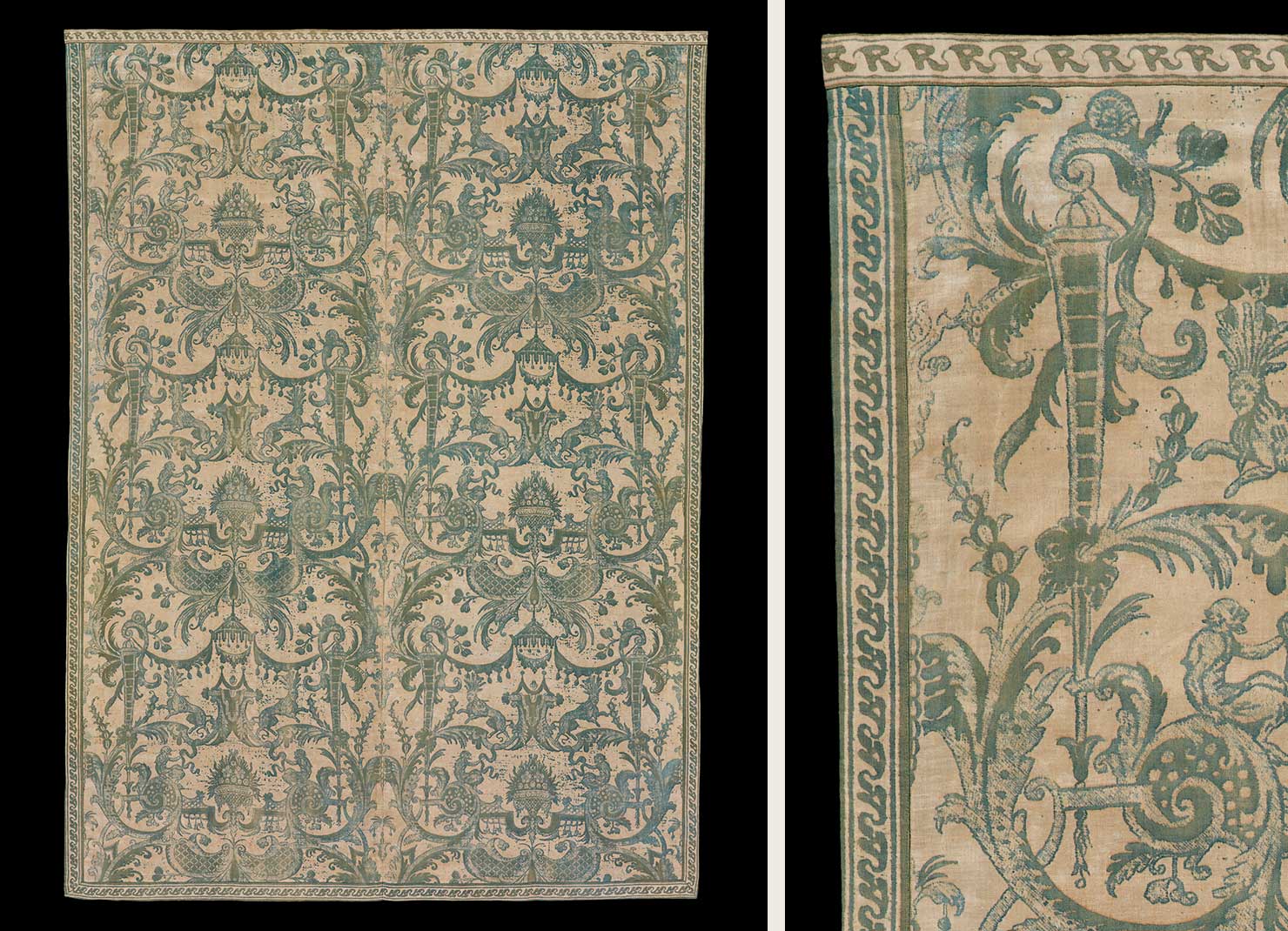