The tribal societies of the Eastern Islands of Indonesia share multiple common cultural features. From Timor to Tanimbar and beyond the fashioning of precious metal disk pectorals to be worn as emblems of chiefly authority may be observed. Shown here is a very early example displaying the classic architecture of a “breast-like” dimple in the center and punched border decoration around the circumference hanging on its original hand-forged gold chain. A patina of this depth is likely to have taken centuries to build up. 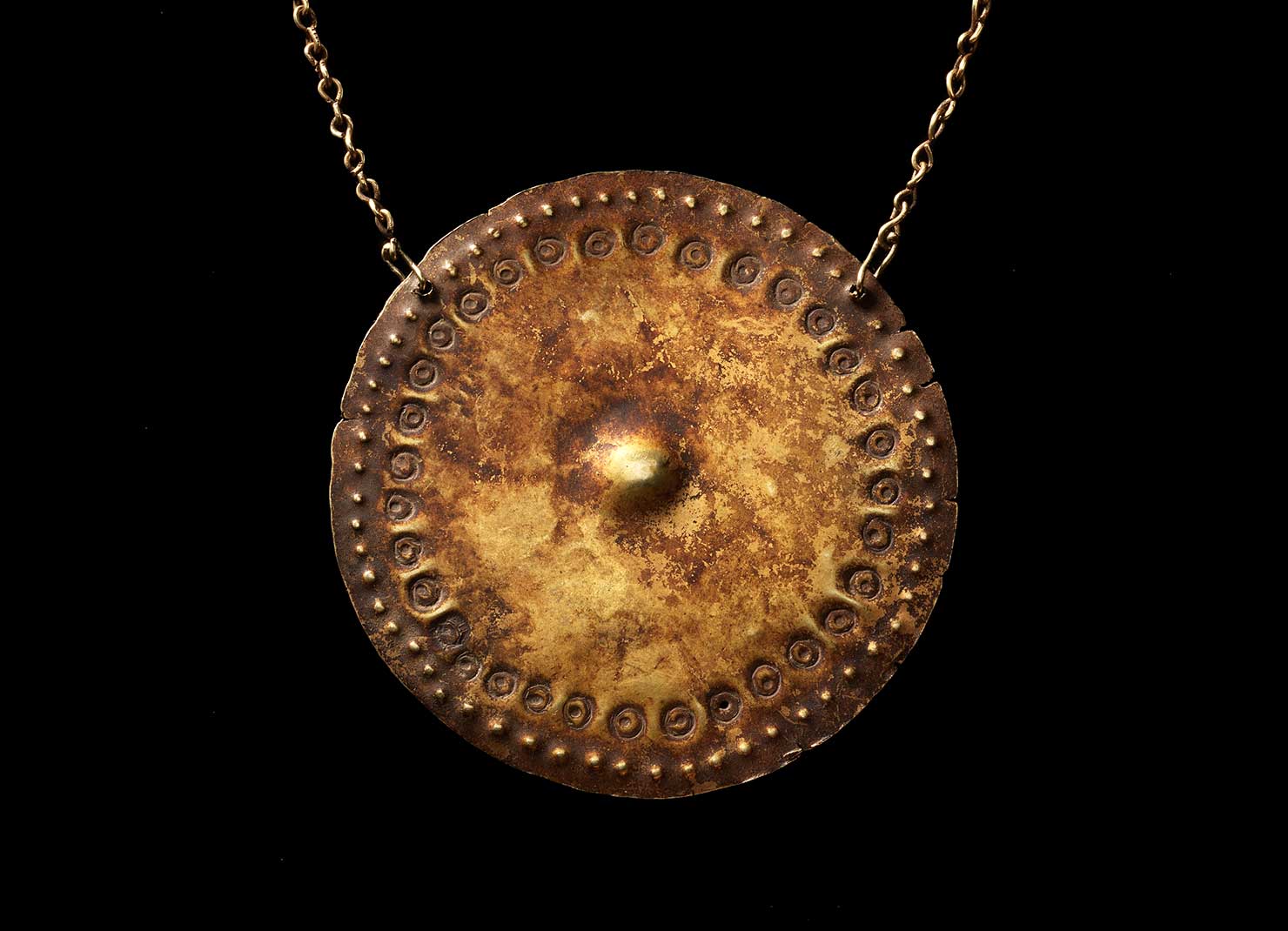 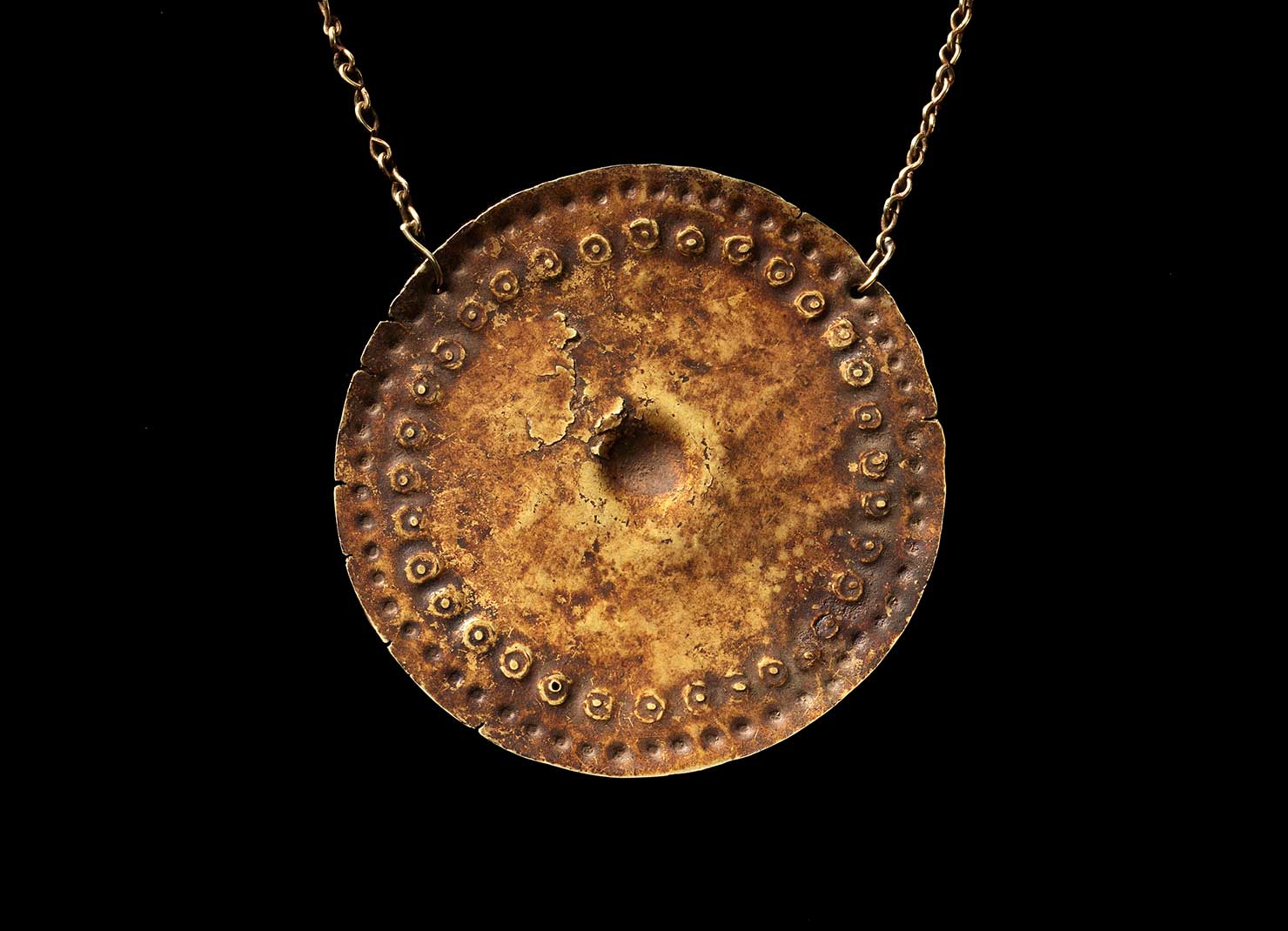 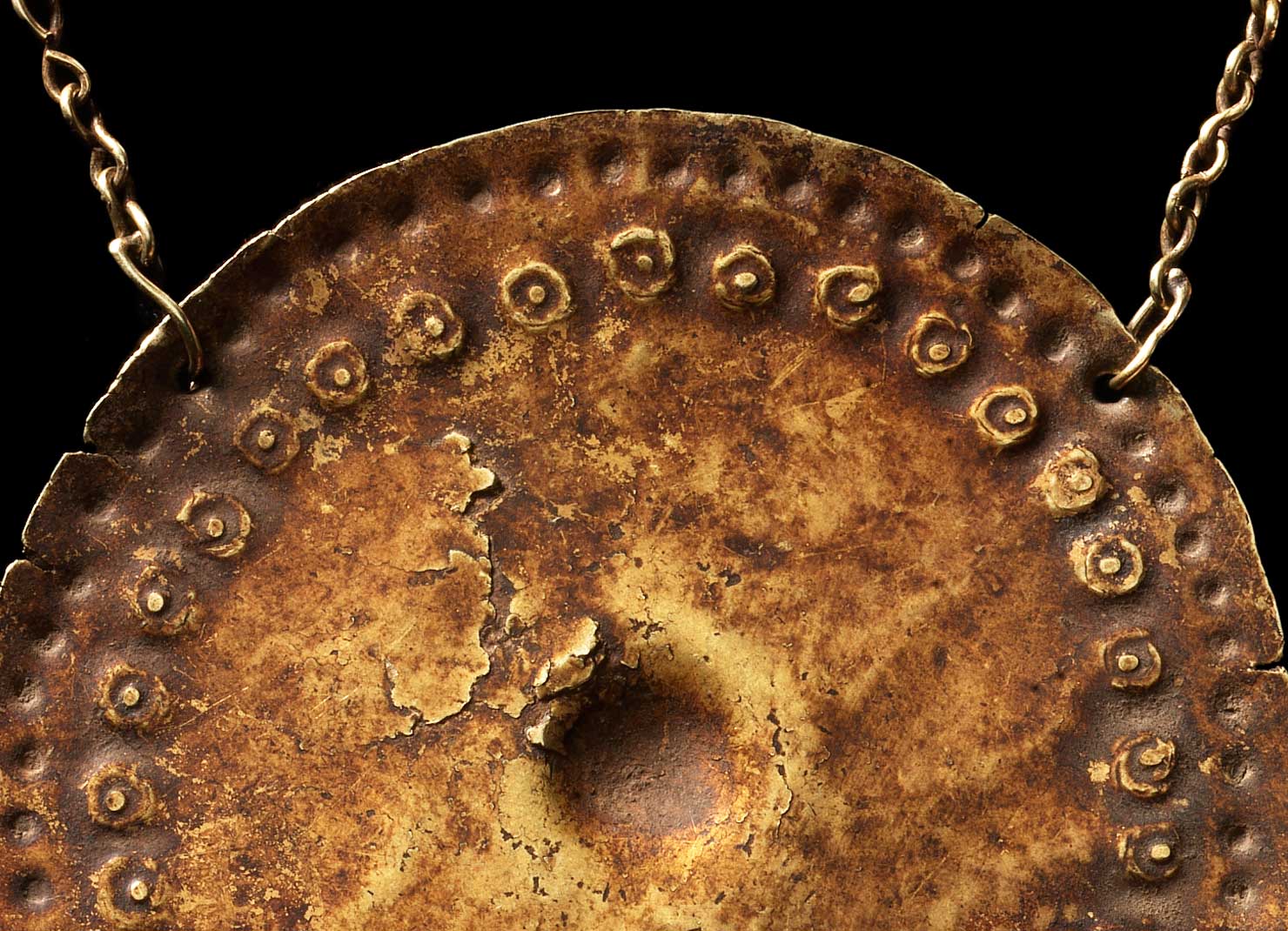