From an Old Australian Collection
This pua sungkit features two forms of the so-called Dancing Figures that may well be tied to Dancing Ladies Indian Trade Cloths of the 16th and 17th Centuries. Also observed in the top two rows, one of the rarest and most sought after of all sungkit forms, often described as “skulls” or “trophy heads”, although the pattern name remains unknown. The Dancing Figure Sungkit has multiple variations: starting from the bottom register, you will see the head of one figure looks left, the other right; one dancer has a knee bent and the other shows a two-legged squat. There are also other distinctions as you work your way up…variations in color combinations, the whole on a relative deep purple-red ground. 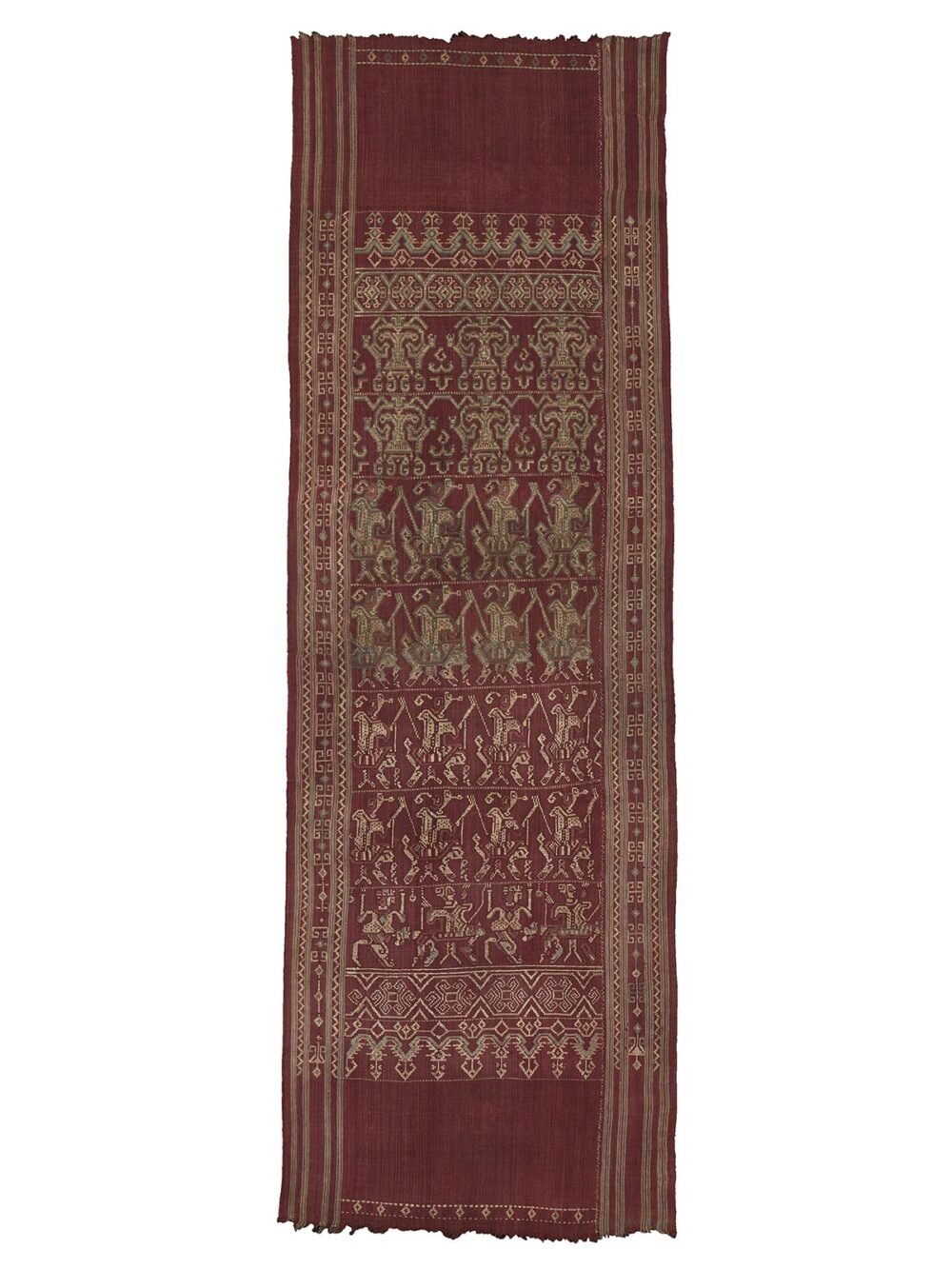 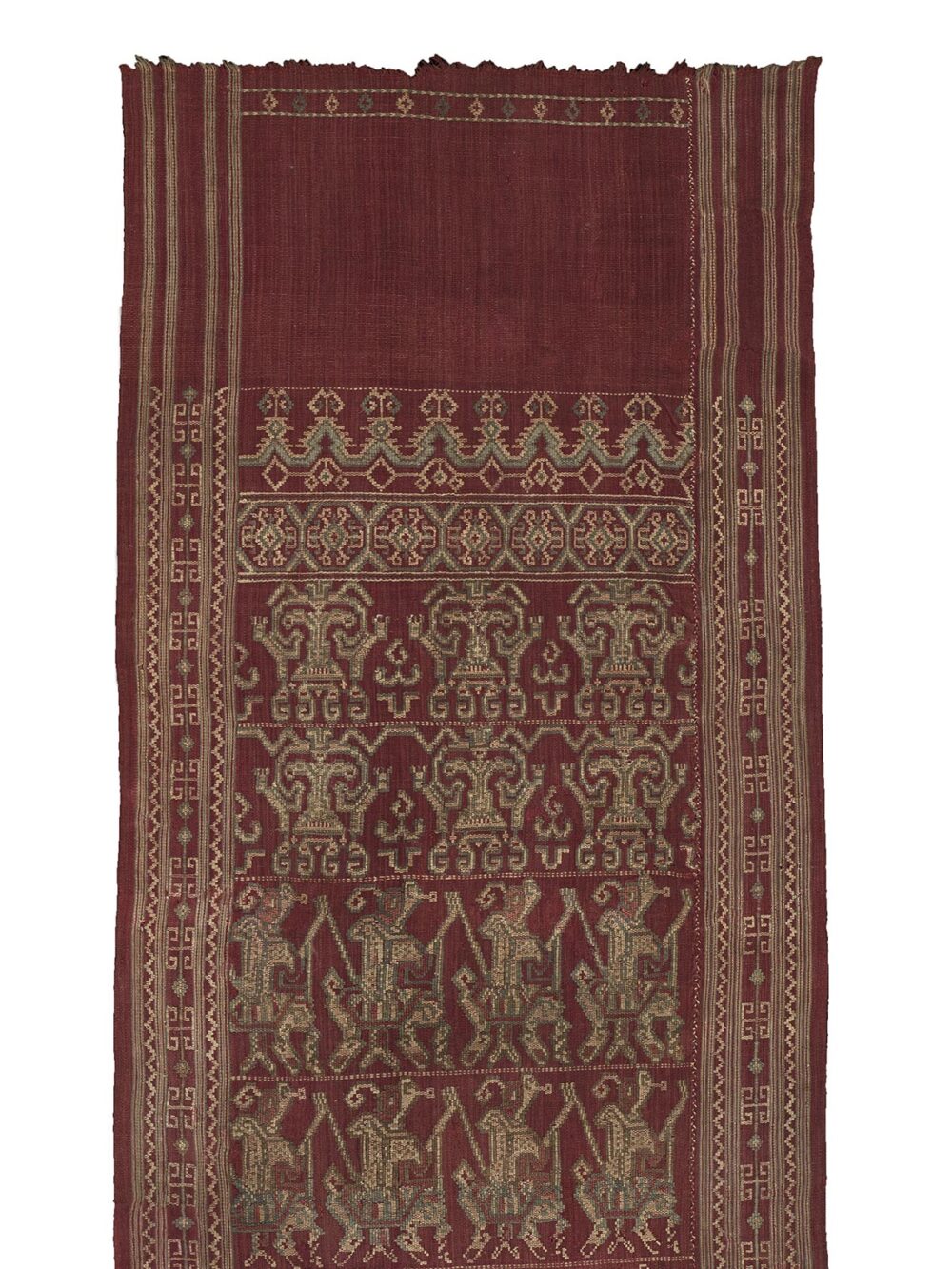 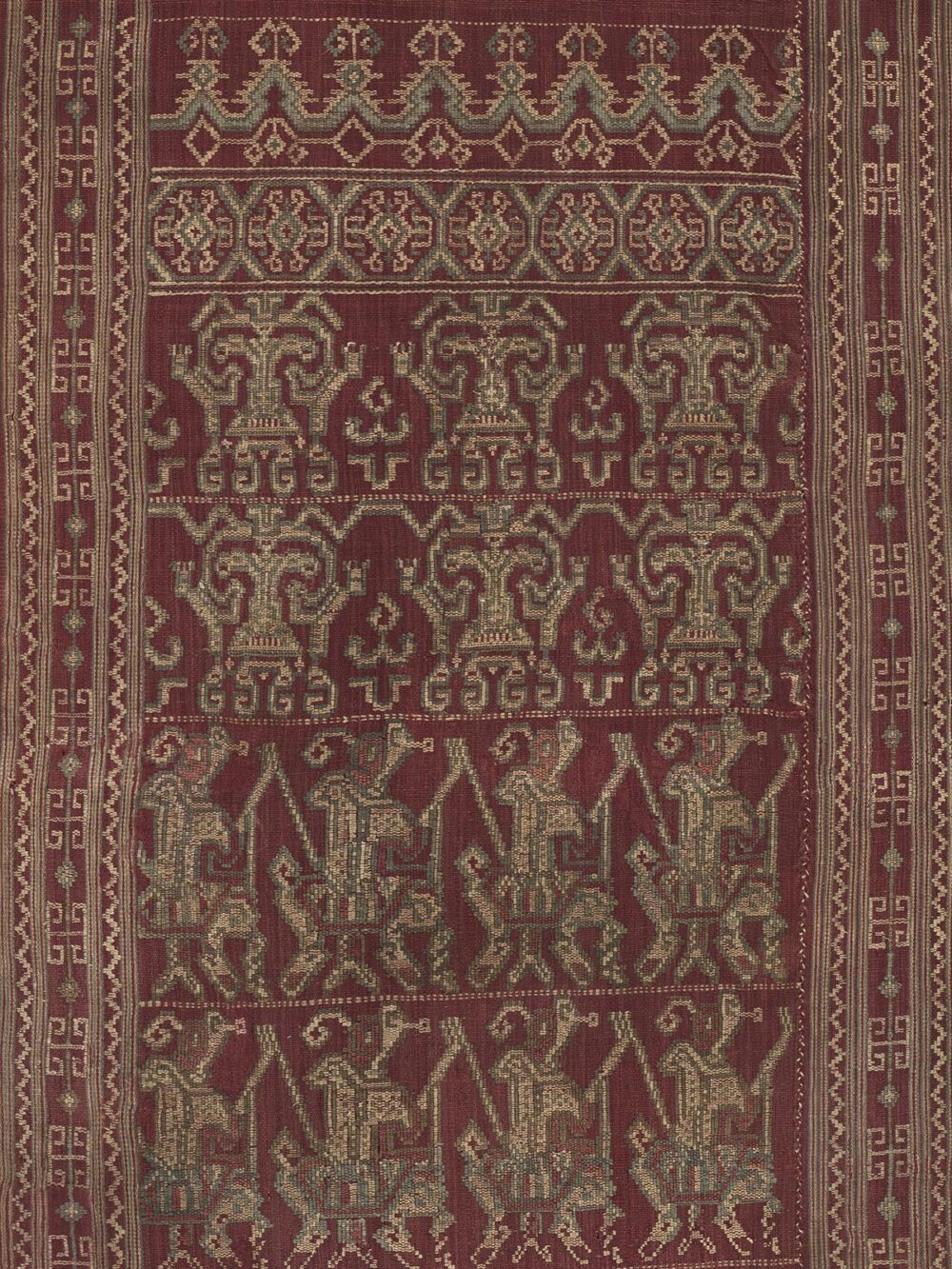 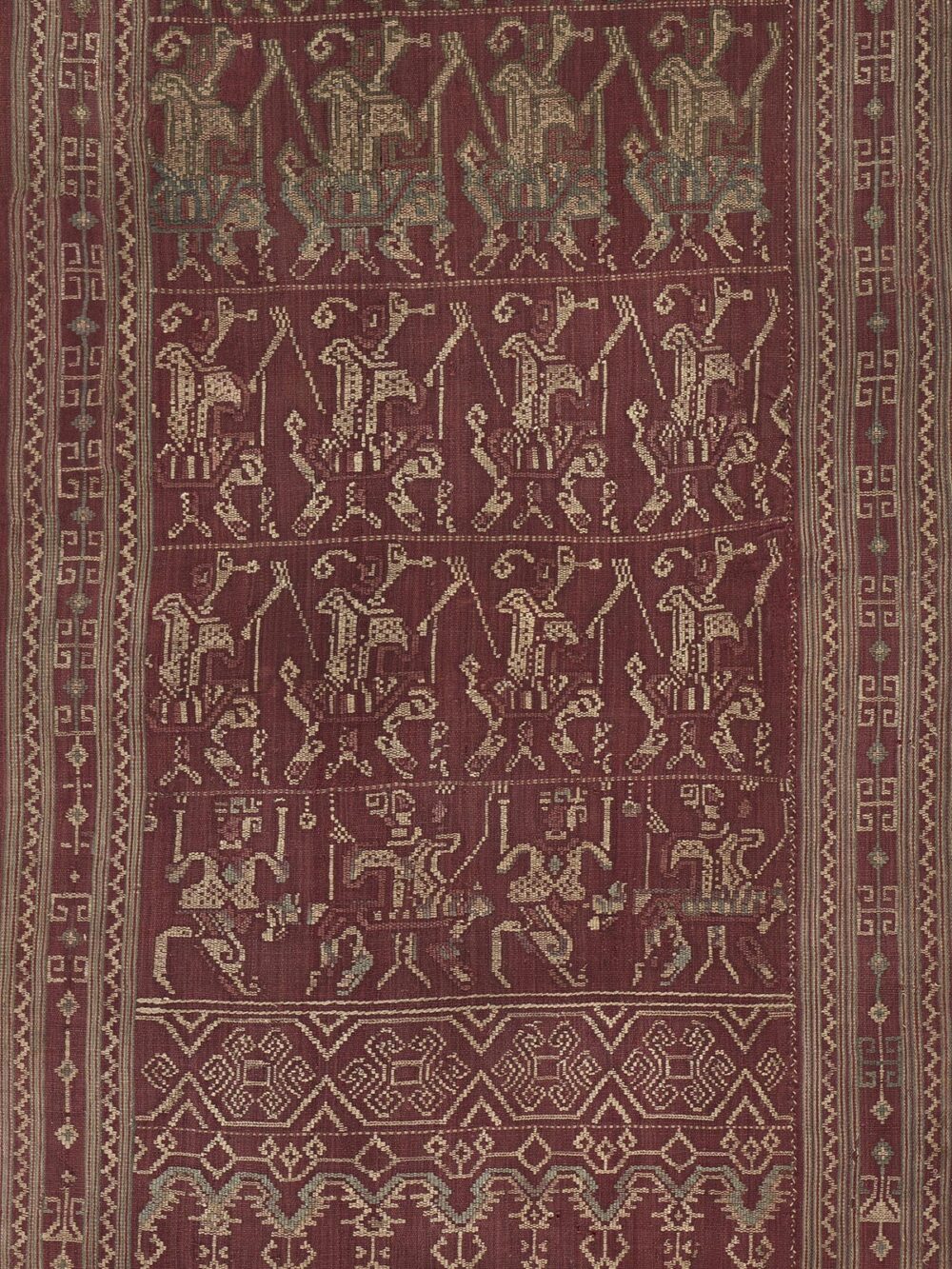 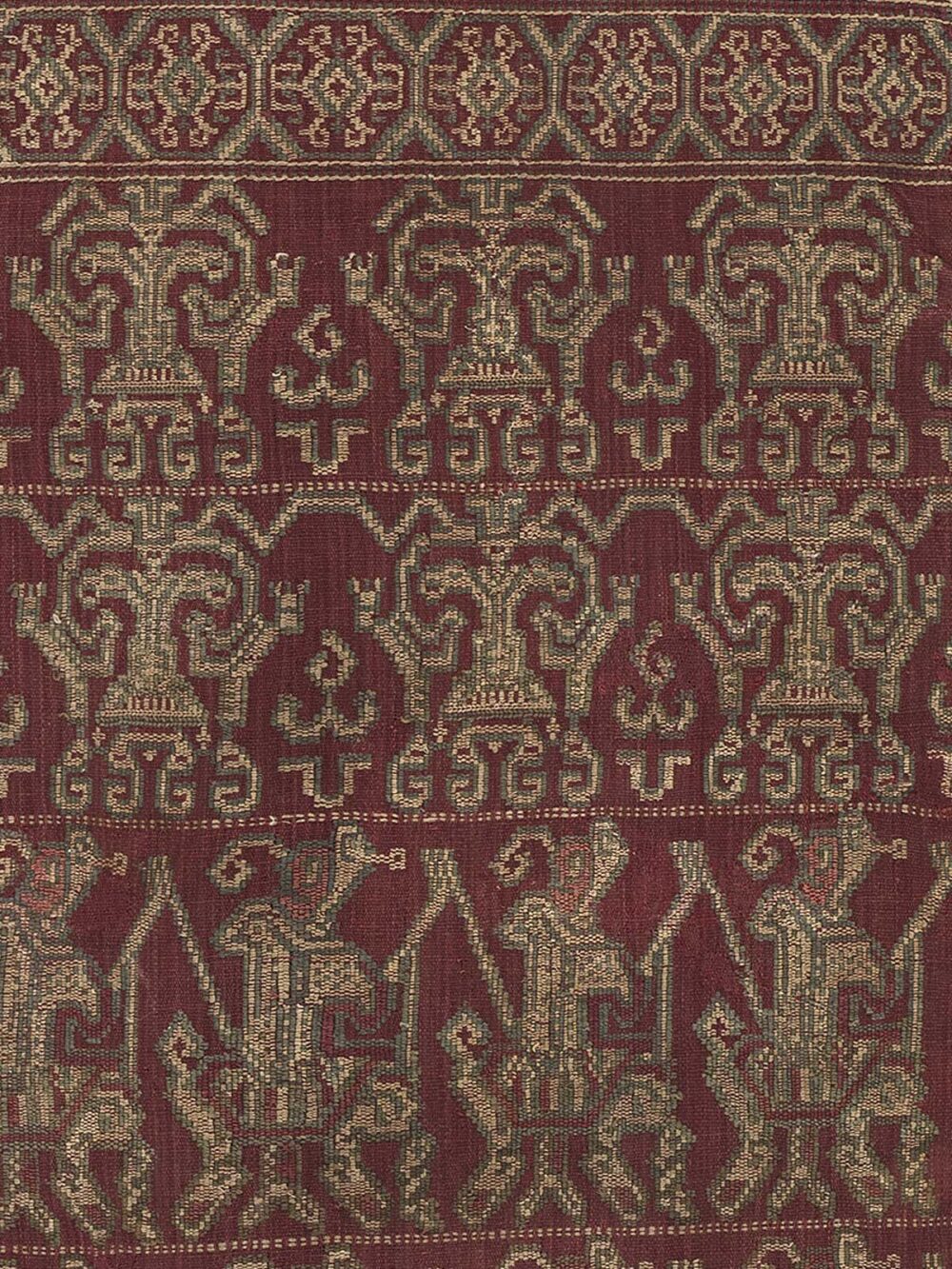 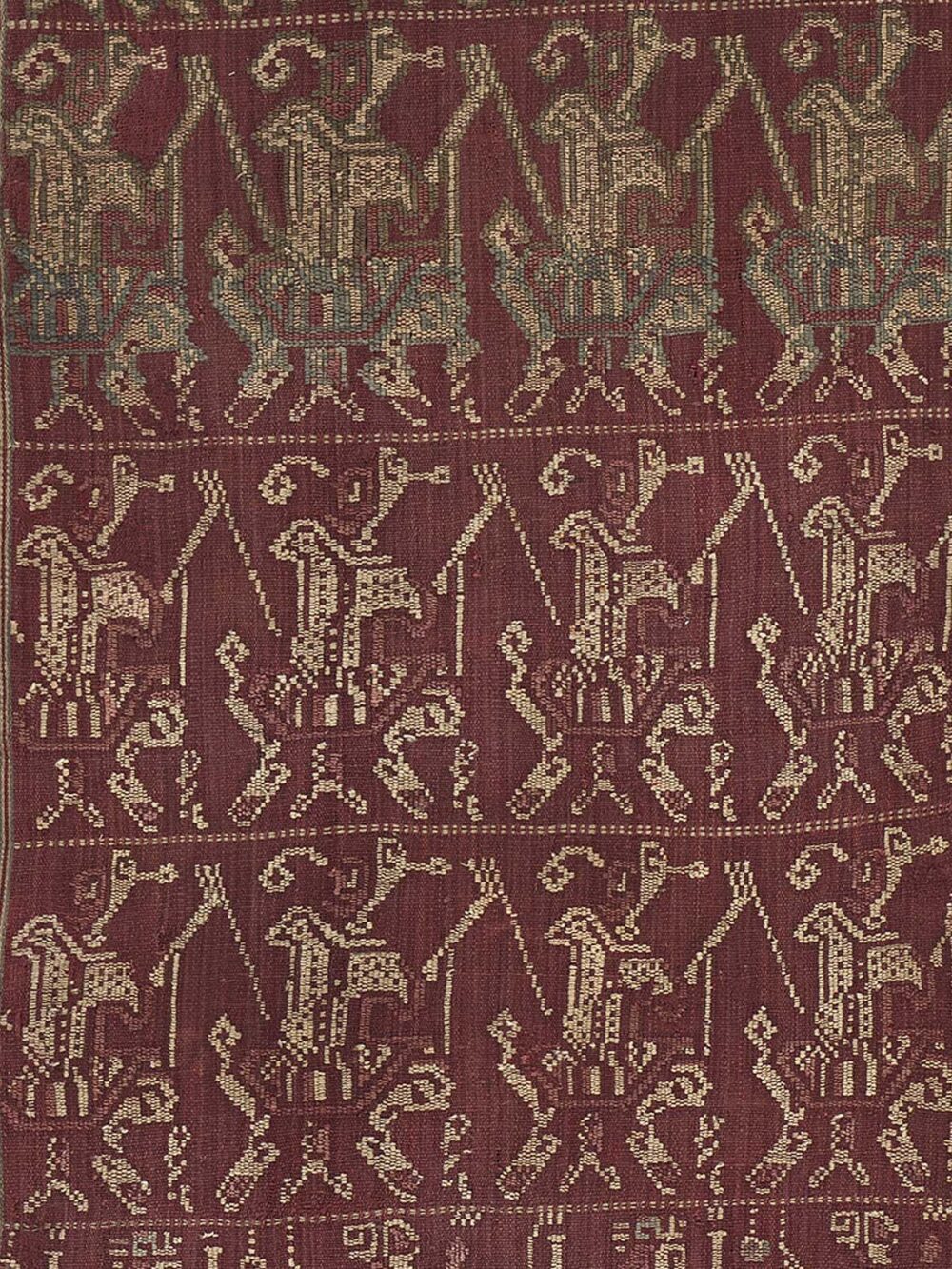