Human figures with feathery headdresses abound in the embroidered panels and could represent ancestors. In the mid 20th century, art historians associated tapis iconography with bird headed ancestors found on bronze Dongson drums from 2000 years ago, but this cannot be proven. Lampung ethnic groups were known to wear complex head ornaments into historic times, which may be what we are seeing here. In any case, tapis inuh are among the most sought after of all Indonesian textiles. 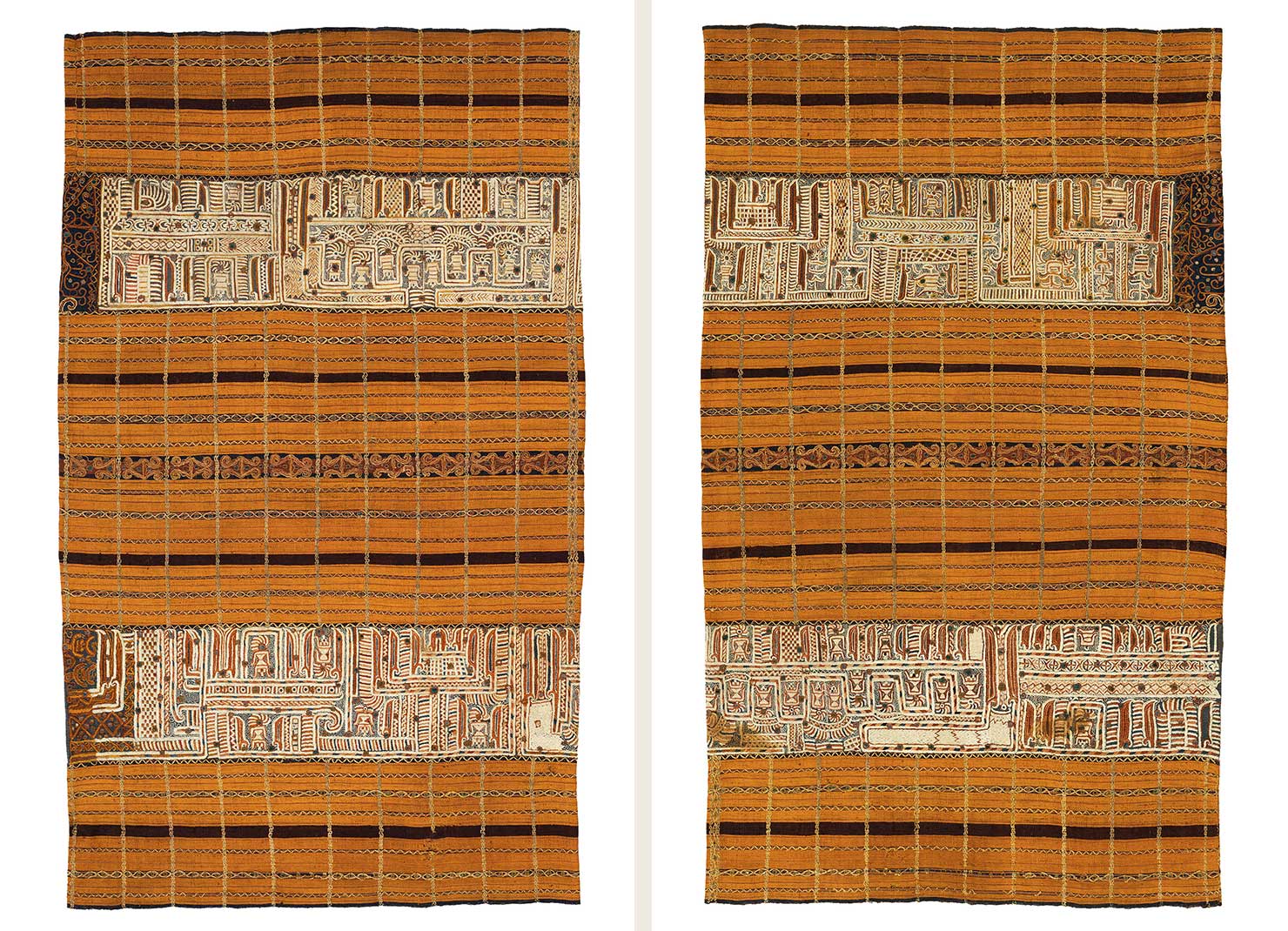 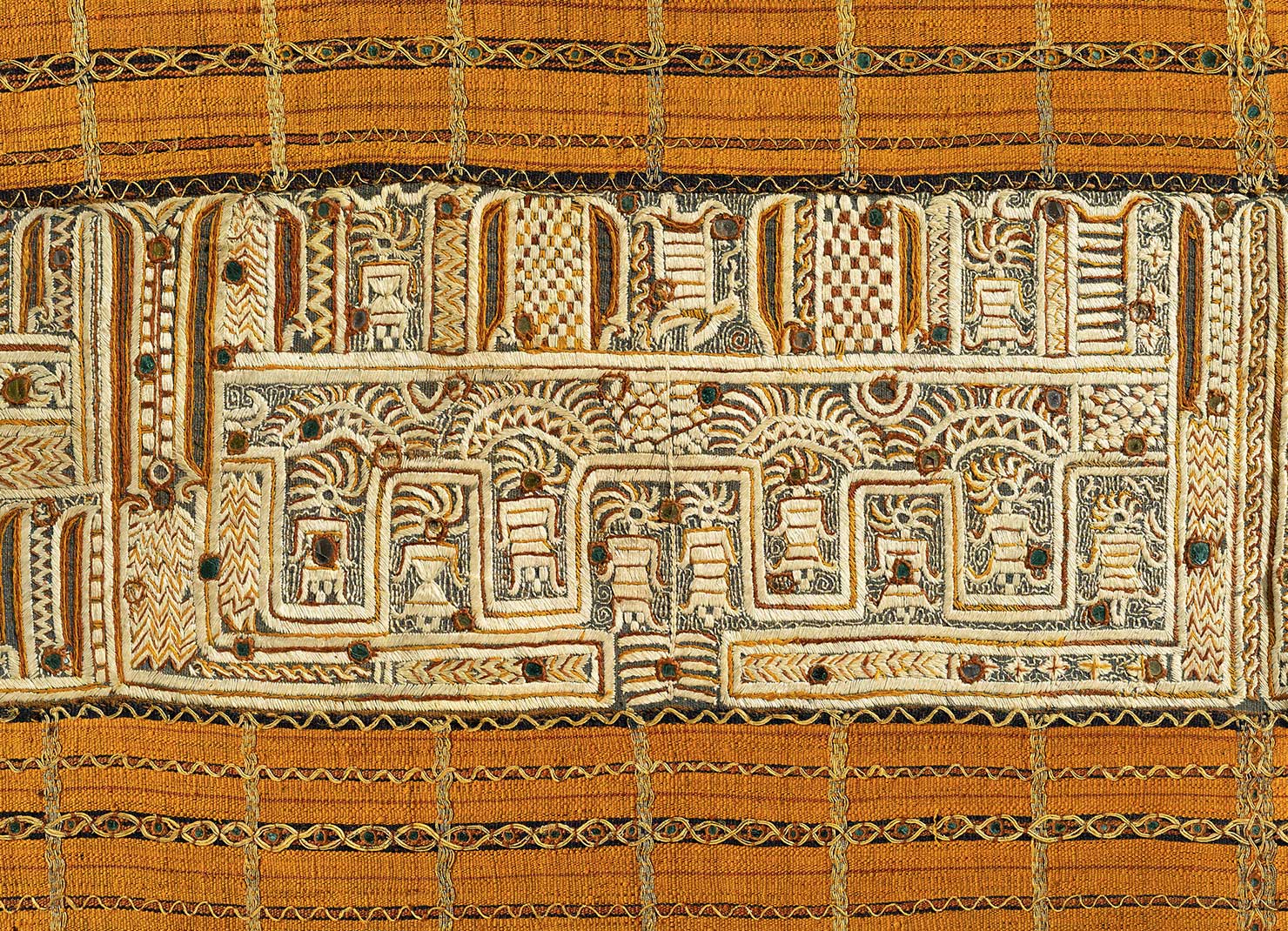 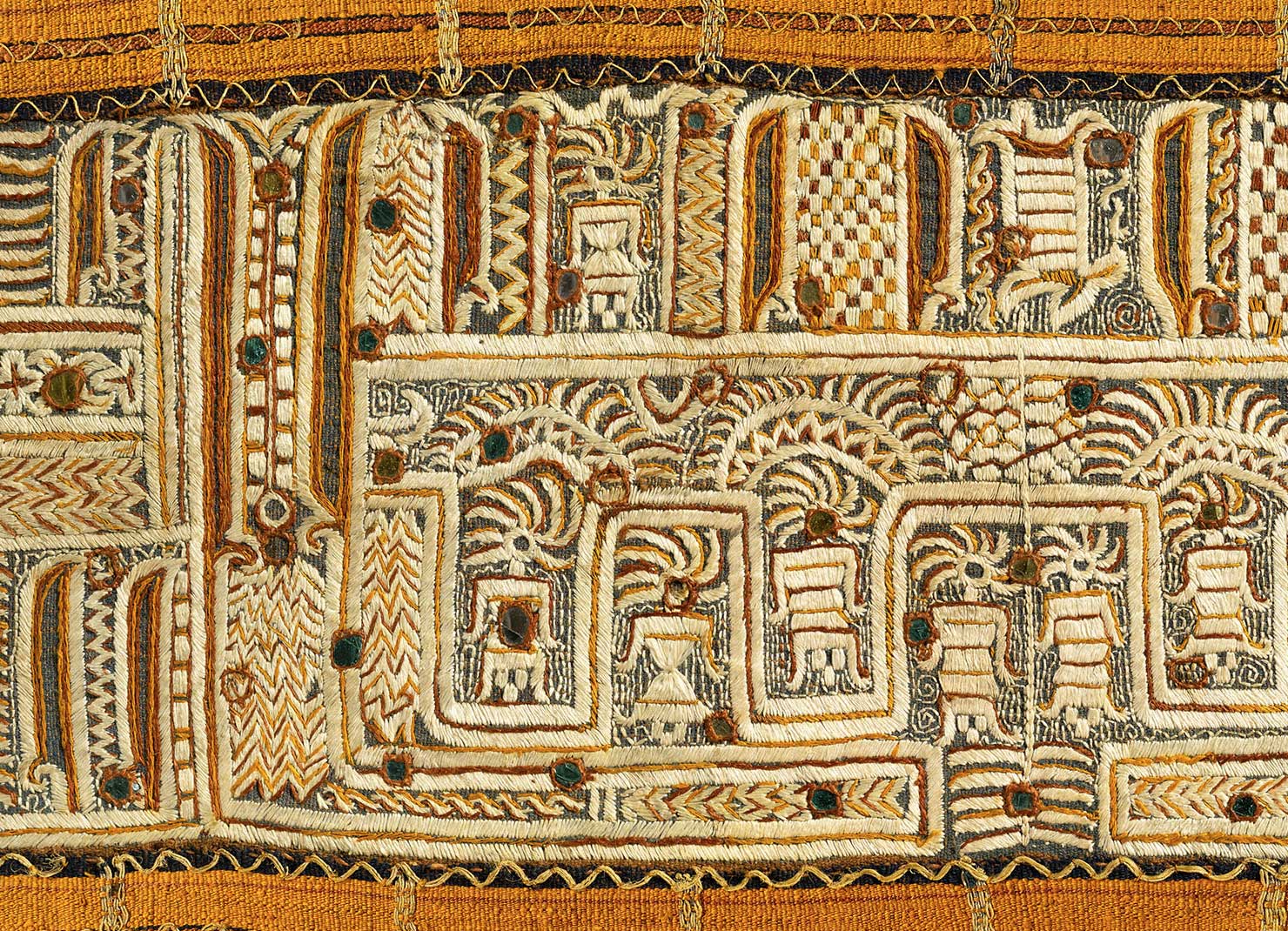 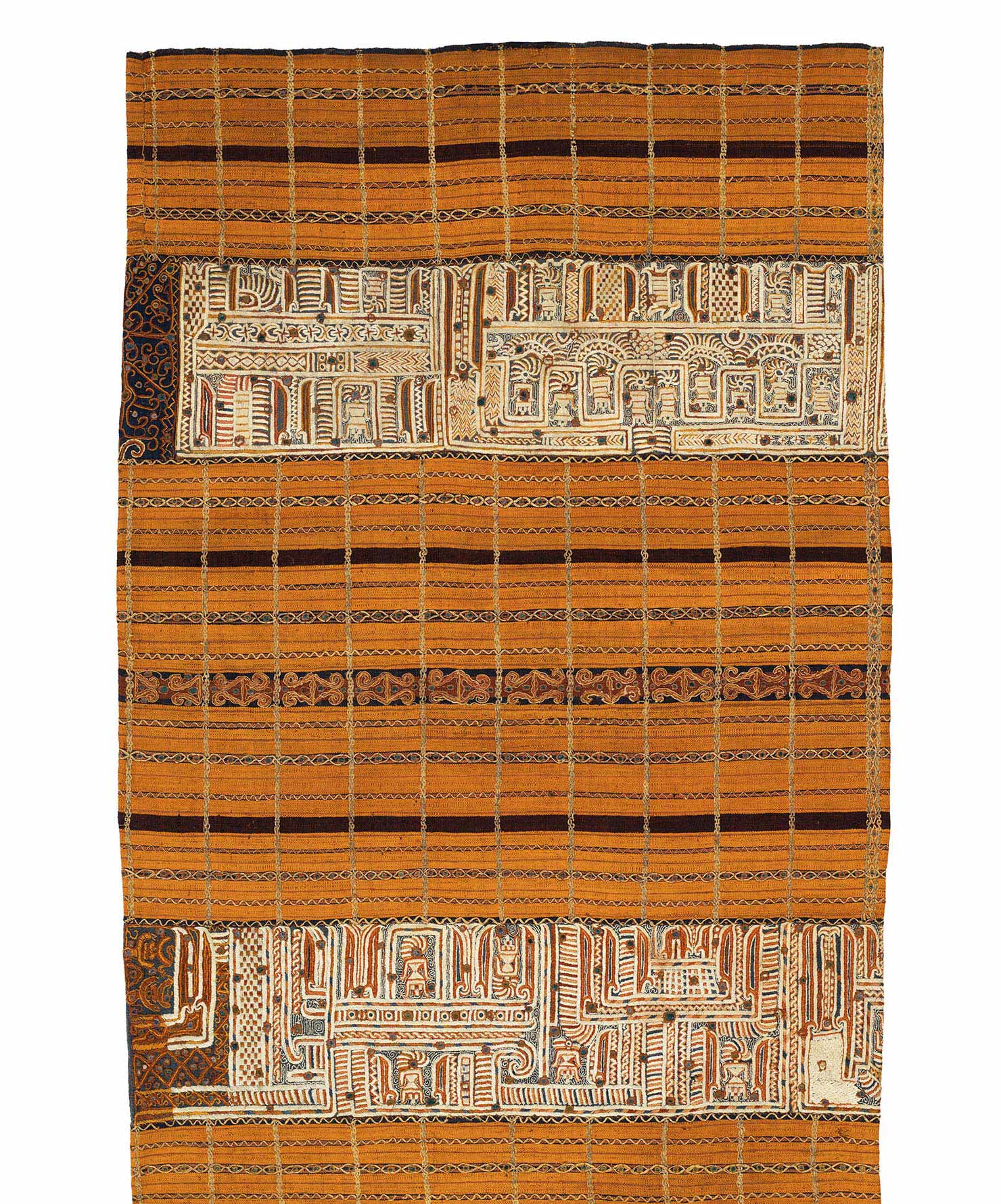