Tapis inuh cumi cumi are one of the most celebrated of all Indonesian textiles, both visually compelling and mysterious. Worn as a skirt, we observe four bands of ikat in deep brown and two panels of finely stitched embroidery, the primary motif of which has been interpreted as a squid or cuttle fish, hence the name cumi cumi. However, when viewed in the warp direction, instead of a squid, we observe a tableau of a possible disembodied ancestor figure carrying a child in the womb. Inuh refers to the costly fine white imported silk thread used to create this masterpiece. 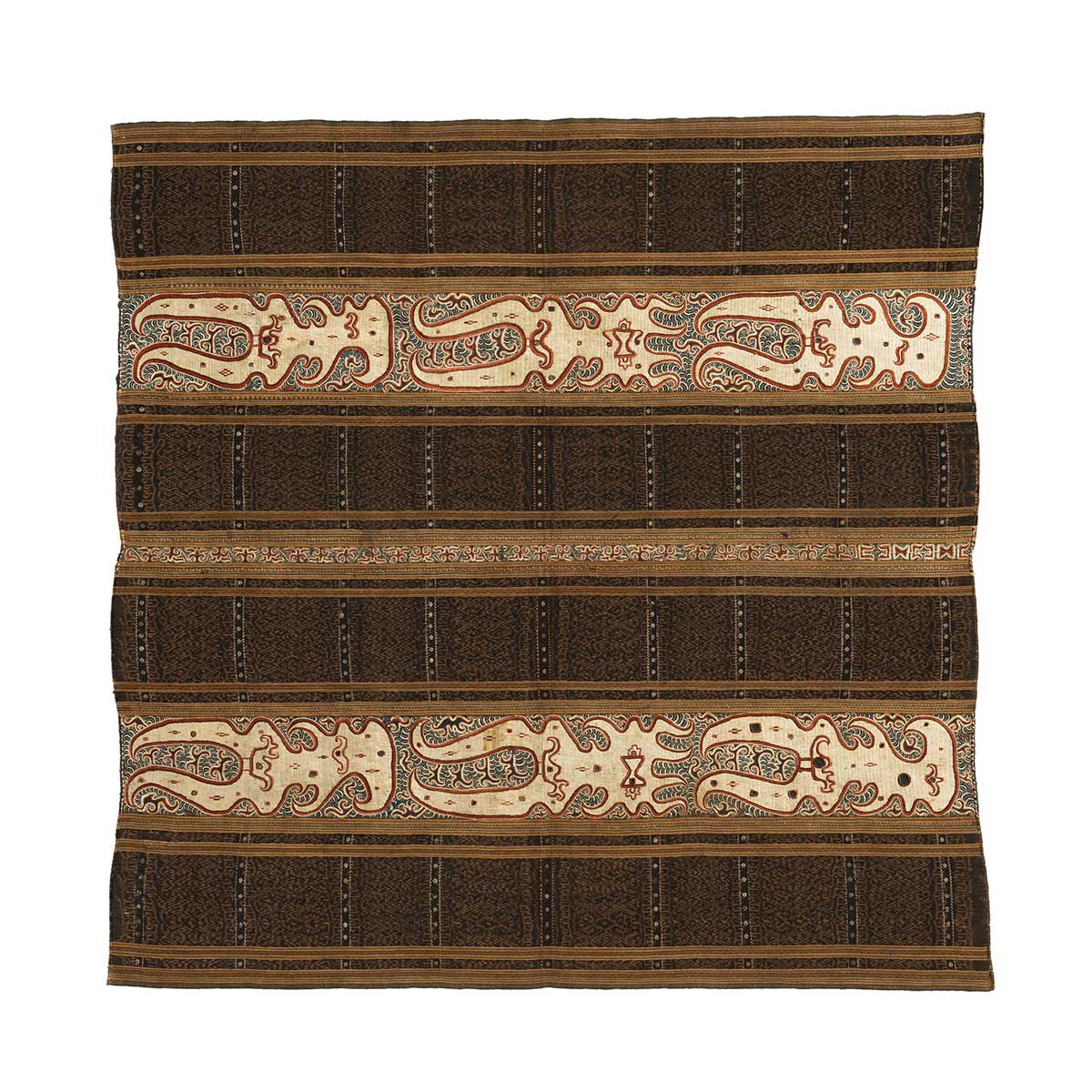 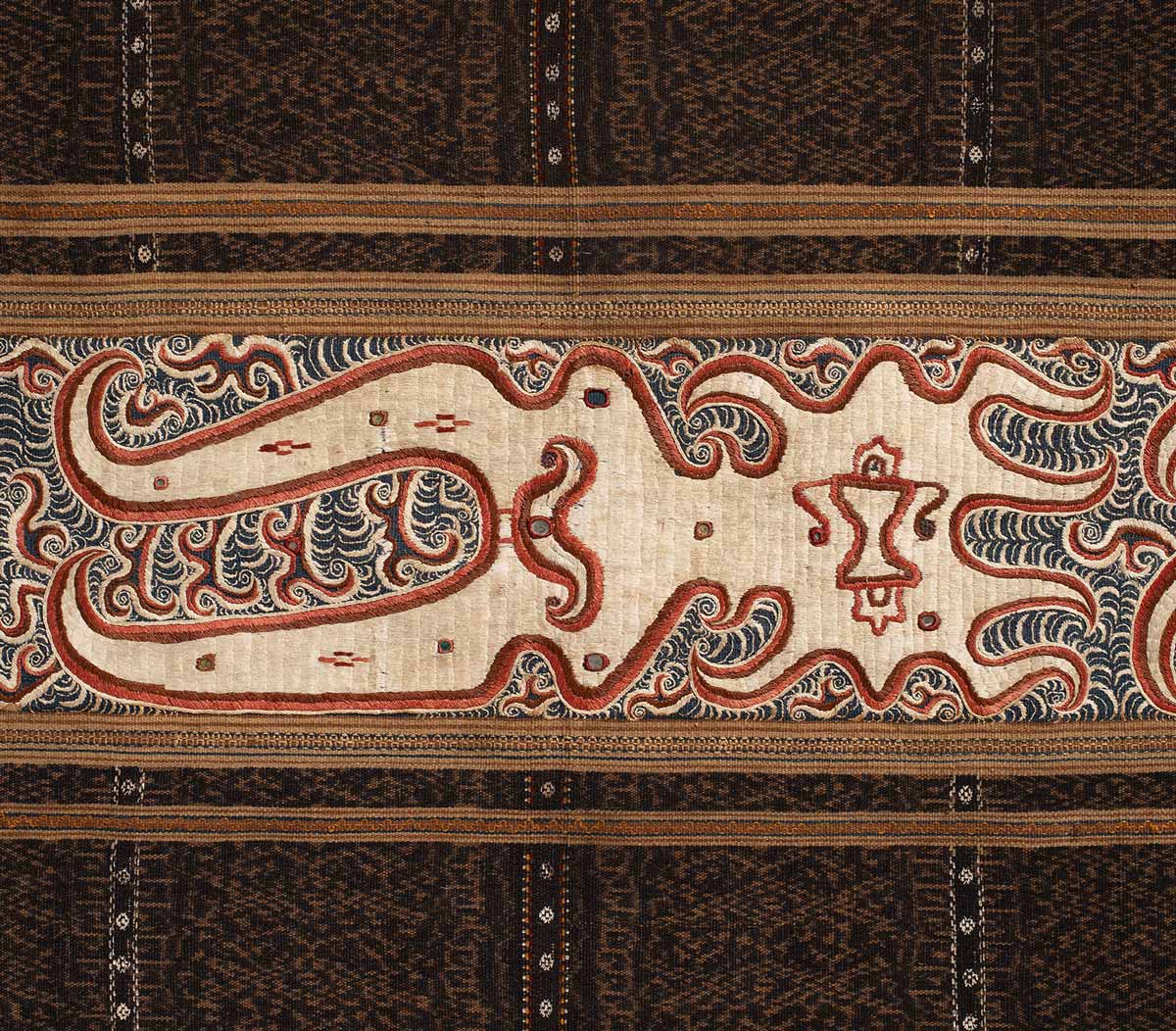