This ancestor figure is dressed in the royal regalia of his high station. He holds a cup and stick in his hand, and is seated in a daro daro, an altar composed of two stylized dragons looking left and right. He has a warrior’s necklace, a schematic moustache and a single earring, all masculine references. This figure is carved by a refined hand, recognizable as the same as a companion piece collected by Paul Wirz before 1927, now in the Museum der Kulturen in Basel and published in the Delft catalog, Nias Tribal Treasures, plate 102. Ancestor altars of this type adorned the interior of the community clan house. 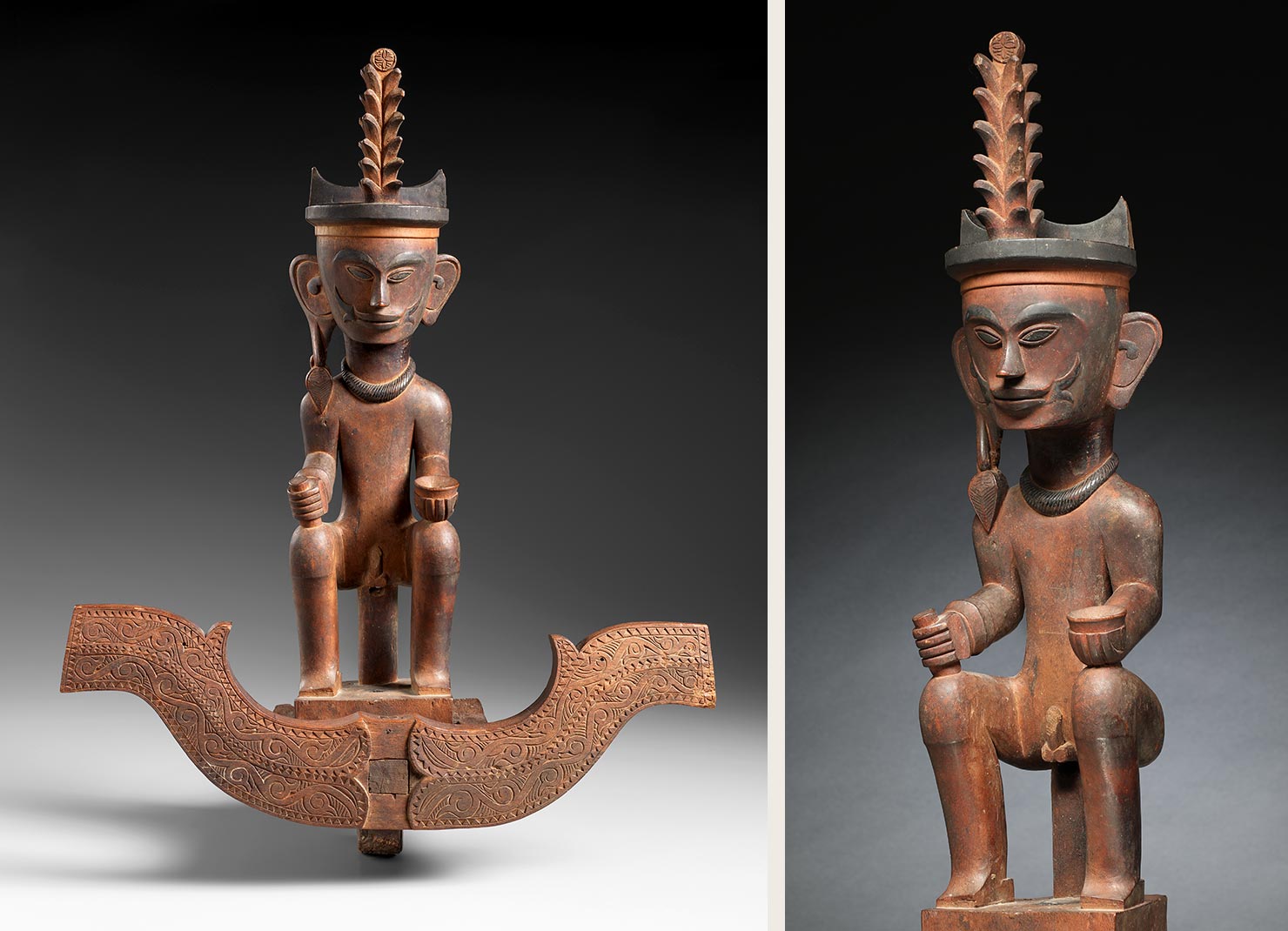 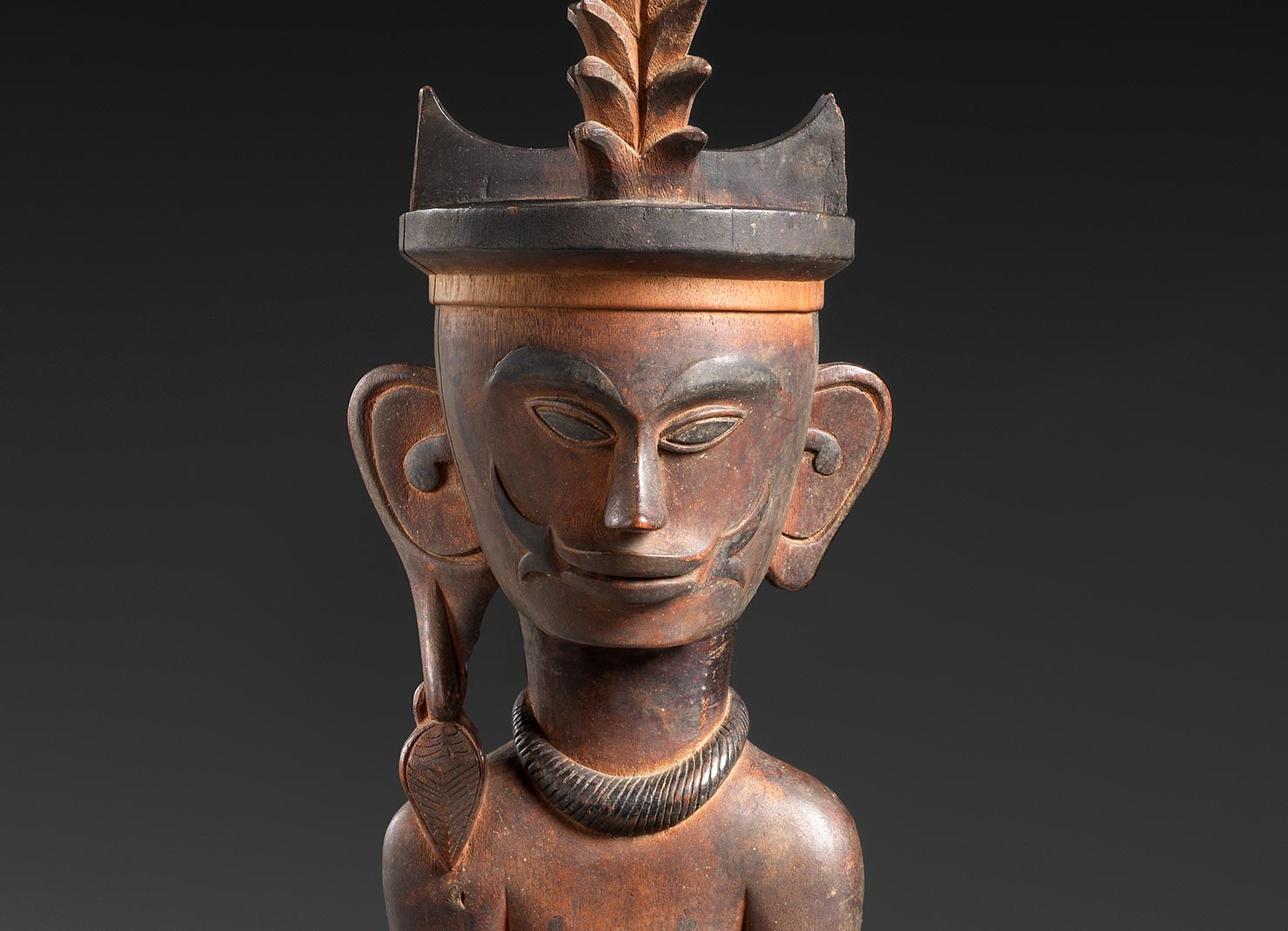 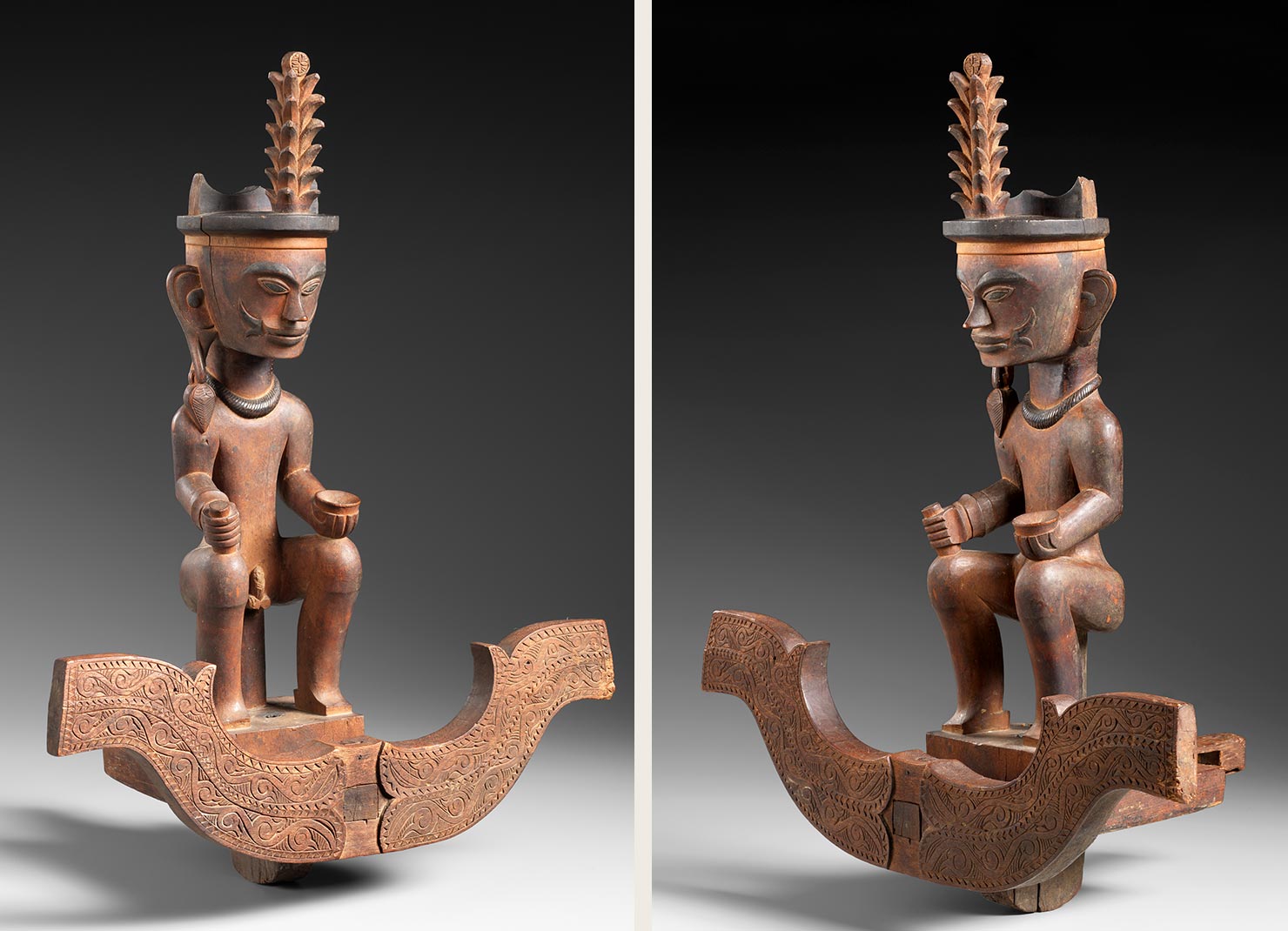 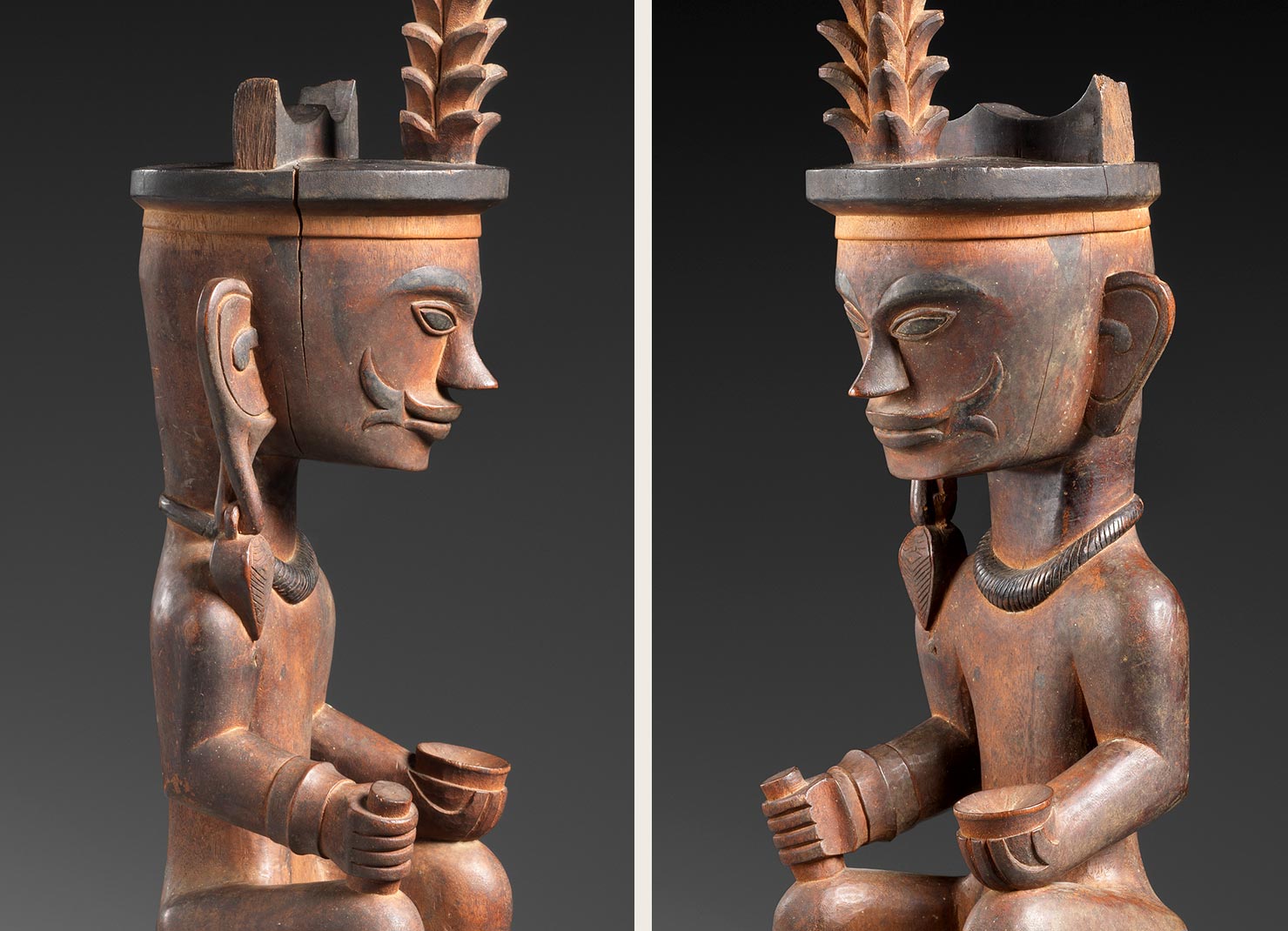 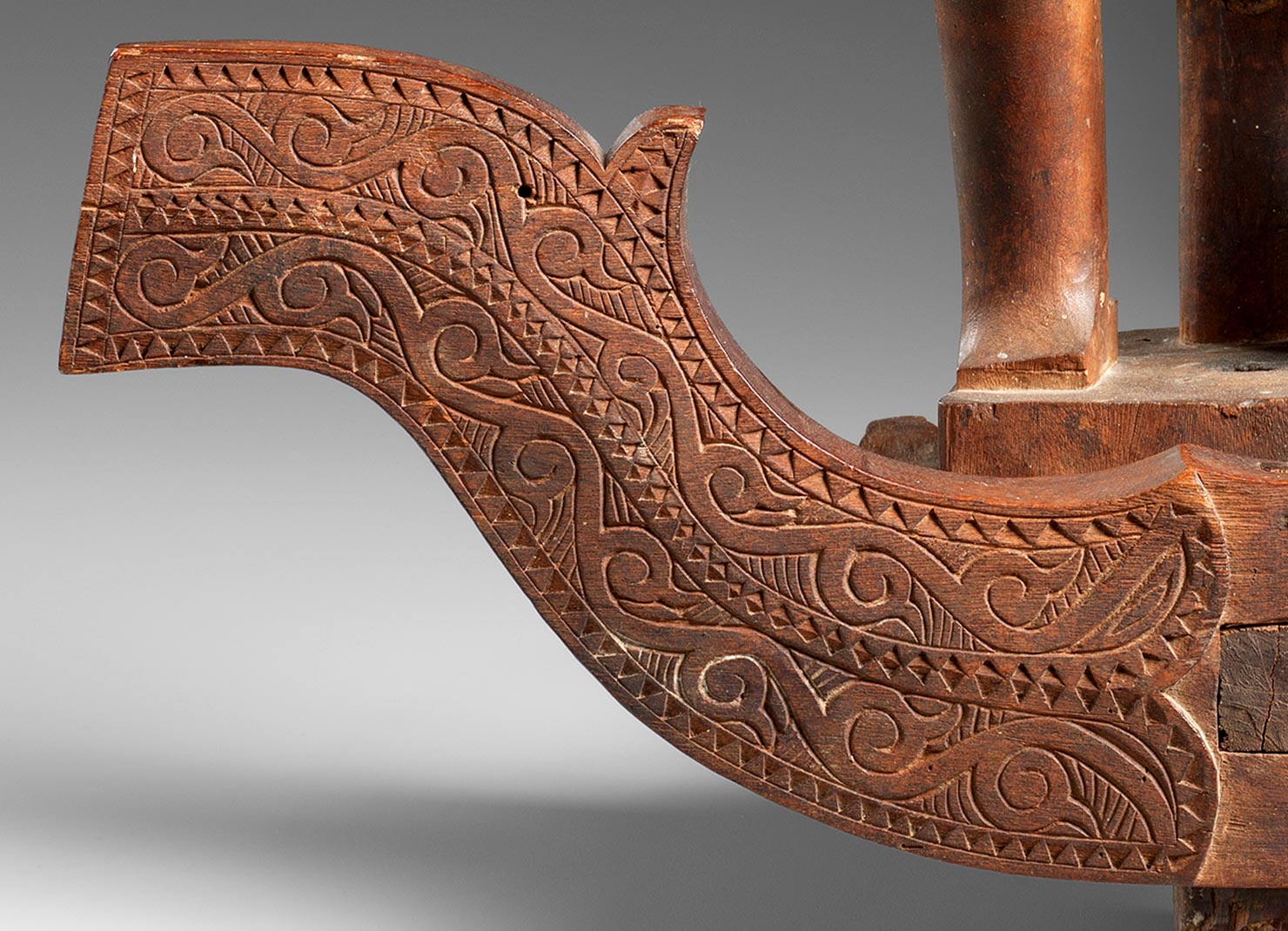 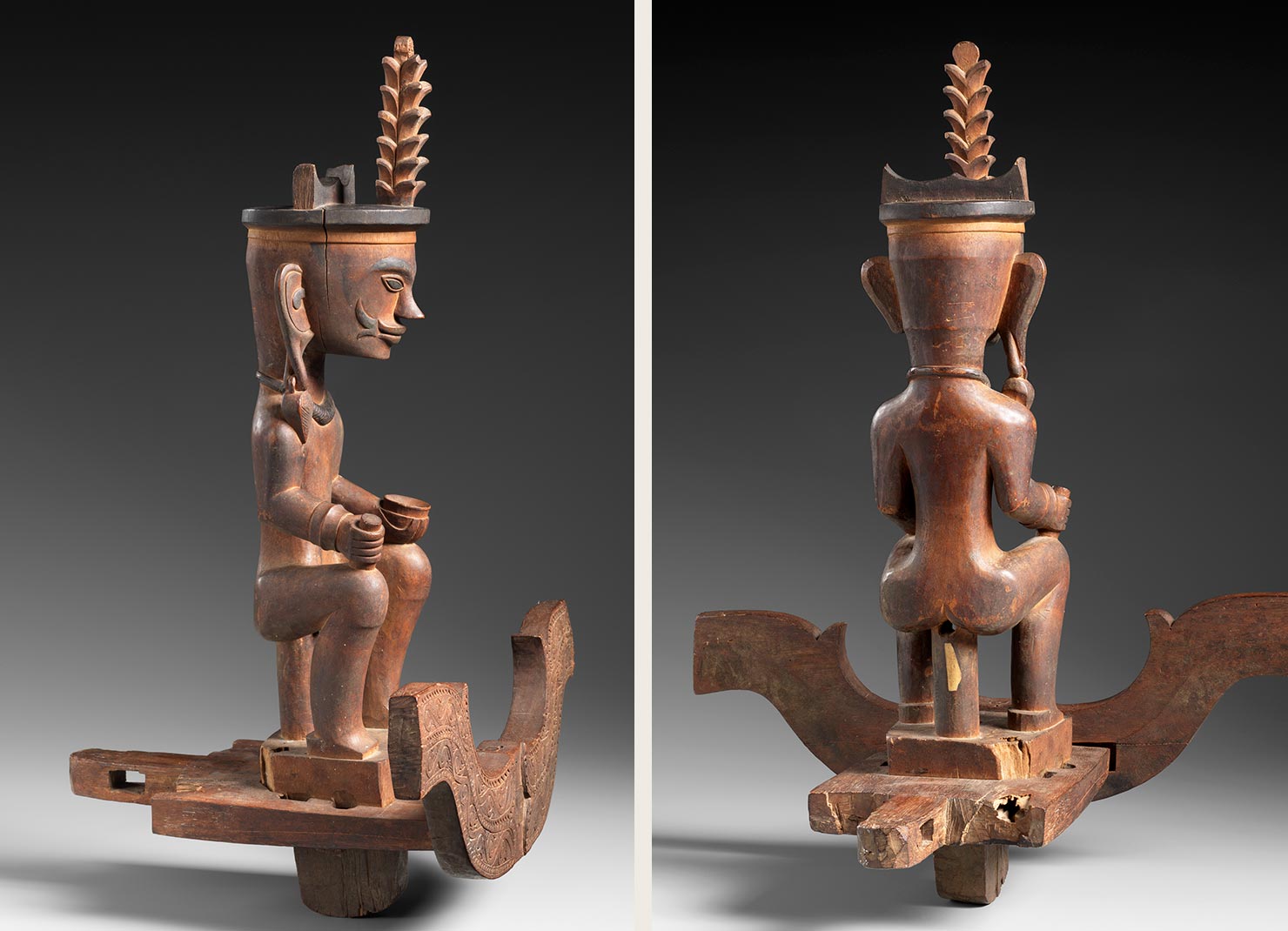 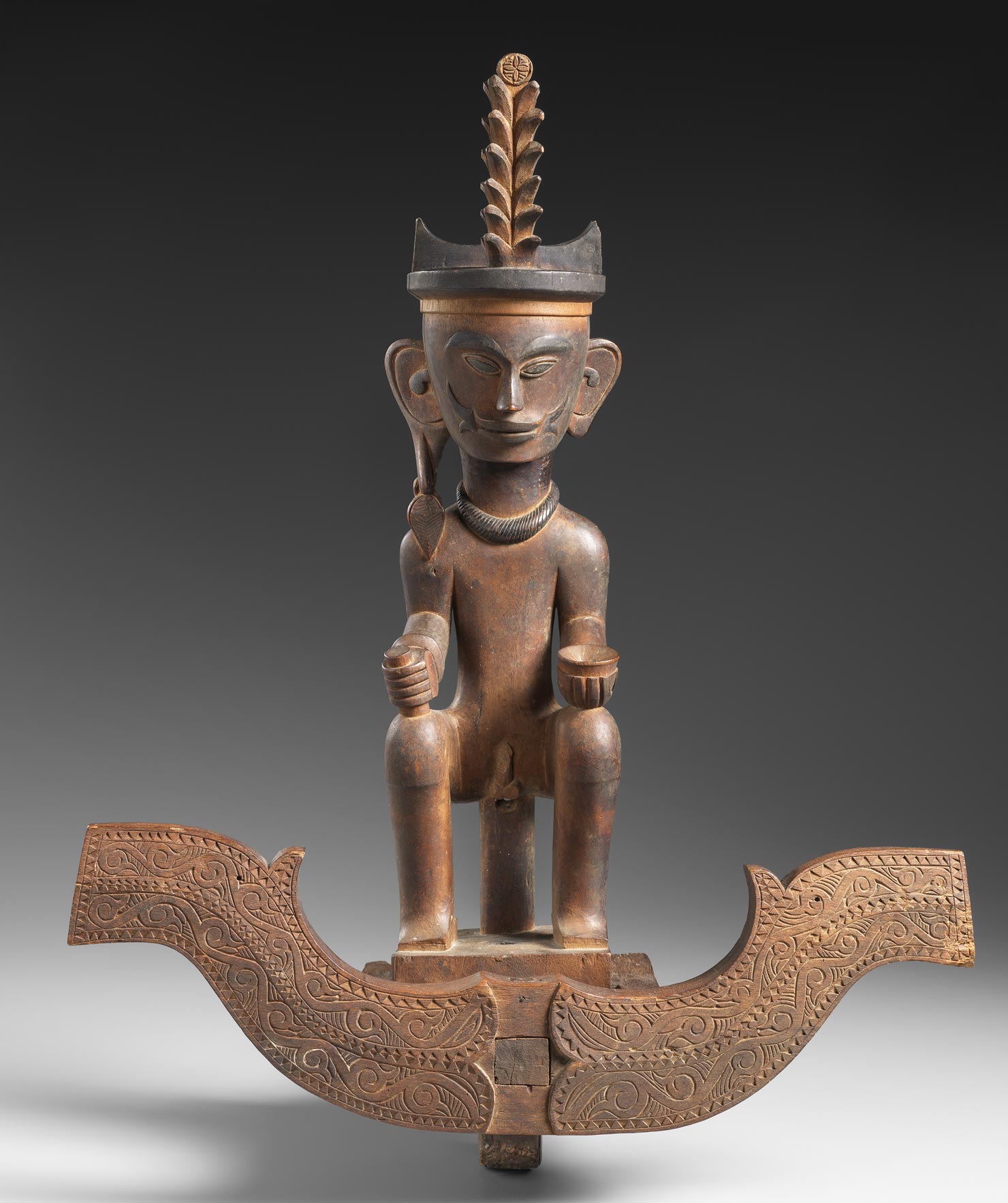